An ExxonMobil pipeline that ruptured on March 29 and spilled thousands of barrels of oil in central Arkansas has a gash in it that is 22 feet long and 2 inches wide, state Attorney General Dustin McDaniel said Wednesday, calling the rupture "substantially larger than many of us initially thought." 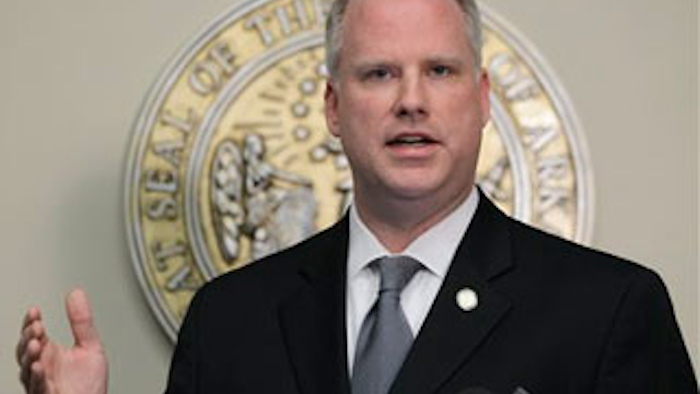 LITTLE ROCK, Ark. (AP) — An ExxonMobil pipeline that ruptured last month and spilled thousands of barrels of oil in central Arkansas has a gash in it that is 22 feet long and 2 inches wide, state Attorney General Dustin McDaniel said Wednesday.

"The pipeline rupture is substantially larger than many of us initially thought," McDaniel told reporters Wednesday evening.

McDaniel's update on the March 29 oil spill in Mayflower, about 25 miles northwest of Little Rock, comes as lawyers and investigators review more than 12,500 pages of documents his office received from ExxonMobil. McDaniel sent a subpoena to ExxonMobil, seeking inspection records, investigative documents and maintenance records related to its Pegasus pipeline that ruptured in Mayflower.

It wasn't immediately clear what all the documents contain; McDaniel said his office received them just before he held a news conference Wednesday.

"More documents will be received and requested from Exxon in coming days," McDaniel said. "But now everyone's priority continues to be the cleanup efforts in Mayflower."

So far, crews have recovered about 28,200 barrels of oily water and about 2,000 cubic yards of oiled soil and debris, according to a statement from ExxonMobil and local officials.

A severe thunderstorm raked the area Wednesday, but there were no immediate reports of weather-related incidents at the site of the oil spill. ExxonMobil and local officials in Mayflower said crews secured equipment and strengthened a containment system protecting the main body of nearby Lake Conway.

McDaniel said he retained a firm to conduct an independent analysis of the cleanup process. He's also retaining technical advisers to provide independent air sampling and other scientific data.

To cover those and other costs, McDaniel requested $4 million from Exxon.

ExxonMobil spokeswoman Kim Jordan says the company has received McDaniel's letter and will respond directly to his office.