French oil giant Total SA has named Patrick Pouyanne as chief executive to replace Christophe de Margerie, who was killed earlier this week in a plane crash in Moscow. 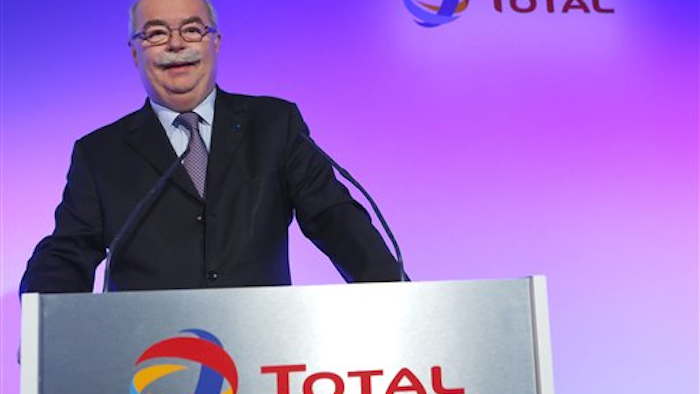 Barely 36 hours after de Margerie's death, Total's board chose Pouyanne, 51, at a board meeting Wednesday. The swift appointment indicates the board's desire to limit the uncertainty on one of France's biggest companies. In its statement, Total's board hailed De Margerie's "exceptional human and professional qualities."

Pouyanne has led Total's refining and chemicals division since 2012. He has been with Total since 1997, starting off as head of exploration and production in Angola.

In addition, Total said Thierry Desmarest, who was chief executive from 1995 to 2007 and honorary president of the board of directors since 2010, would become chairman of the company until the end of 2015. Pouyanne will combine the roles of CEO and board president after that.

Pouyanne is a graduate of two of France's top engineering schools, Ecole Polytechnique and Ecole des Mines. He's been a member of Total's 28-member management committee since May, 2006, and joined the seven-member executive committee in 2012.

De Margie was killed when his Dassault Falcon 50 business jet clipped a snowplow on takeoff late Monday at Vnukovo Airport in Moscow. The accident also killed three French crew members on board. Investigators are questioning the snowplow's driver, who they say was drunk at the time, a charge his lawyer has denied. They have also said they are looking into the role of air traffic controllers and the airport's managers.

Total is France's second-largest listed company by market value and employs around 100,000 people around the world, making it one of France's largest private sector employers.

Total's share price was down 0.3 percent in lunchtime trading in Paris.