A bankruptcy judge is concerned that a chemical company may abandon the site of a massive January spill without cleaning it up. 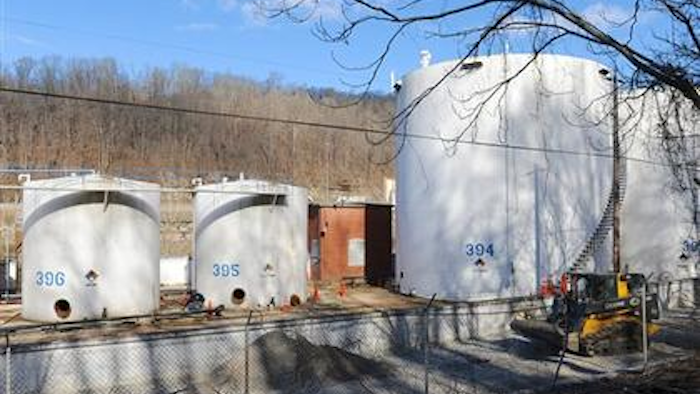 CHARLESTON, W.Va. (AP) — A bankruptcy judge is concerned that a chemical company may abandon the site of a massive January spill without cleaning it up.

The order points out that Freedom Industries' plan to liquidate says the company expects to pay $850,000 or less to remediate its Charleston spill site, plus related consulting costs.

Alternatively, Freedom may abandon the site if the court orders it, the plan states. Freedom wrote that there are "financial limitations" on what the company can do to comply with cleanup plans.

Pearson wrote that it would be unacceptable for Freedom to risk not completing environmental obligations while spending millions of dollars on dozens of lawyers. Freedom is under state orders to demolish and remediate the site.

"The Court believes this environmental responsibility has the highest administrative priority for funds," Pearson wrote. "Nothing in the proposed Plan and Disclosure Statement gives the Court comfort that this is understood."

One way or another, Freedom's site along the Elk River will be cleaned up, said state Department of Environmental Protection Secretary Randy Huffman.

"Our job is site remediation," Huffman said. "It's going to get cleaned up. I hope it's with Freedom's money, and I hope the judge holds their feet to the fire."

Pearson expressed concerns over how much Freedom is spending to secure and protect documents it fears could be seized by authorities in ongoing investigations. State and federal authorities have opened probes on the Freedom spill.

Pearson also is worried about how much money is being spent on Freedom's chief restructuring officer from McGuireWoods. If the firm continues billing Freedom at its current rate, the organization could consume all available cash in the case, Pearson wrote.

Freedom's spill contaminated tap water for 300,000 people for four to 10 days. The company filed for bankruptcy eight days after the spill.

Pearson scheduled a Sept. 23 hearing in Charleston to work through the concerns.