In May, the operators of the Cold War-era plant located a few miles outside Paducah in McCracken County announced they would shut it down. They laid off about 160 employees at the end of last week and expect to let another 100 go in October. Uranium-enrichment work ceased weeks ago. 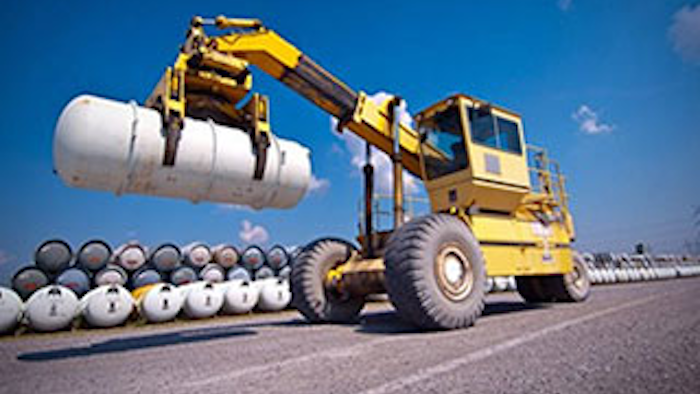 PADUCAH, Ky. (AP) — Jim Rodgers assumed his job as an electrician at the Paducah Gaseous Diffusion Plant would take him all the way to retirement.

After all, for six decades the government-owned uranium-enrichment plant was synonymous with job security and some of the region's best wages. It supported multiple generations and supplied a steady stream of revenue to the community's restaurants, dry cleaners, real estate companies and other local businesses.

And yet, with a decade or more to go in his working life, Rodgers, 53, is now brushing off his resume and looking for a new job, possibly in another city or state.

"It's not one of these little bumps in the road," Rodgers said. "It is literally life changing."

In May, the operators of the Cold War-era plant located a few miles outside Paducah in McCracken County announced they would shut it down. They laid off about 160 employees at the end of last week and expect to let another 100 go in October. Uranium-enrichment work ceased weeks ago.

Altogether, it looks like more than 1,000 workers will be pushed out of their jobs, losing generous salaries that will be nearly impossible to match elsewhere in the region. The McCracken County plant was one of the area's largest employees, and the average salary for plant workers, including benefits, was $125,000.

The plant opened in 1952 to develop enriched uranium for military reactors and to produce nuclear weapons. It began selling uranium for commercial reactors in the 1960s.

The plant has been run by several operators through the years, the most recent being Maryland-based USEC Inc. under a lease deal with the U.S. Department of Energy. USEC announced in May that it was ending work at the plant, citing soft demand for enriched uranium along with steep production costs.

"The plant put Paducah on the map," said James Harbison, a retired maintenance worker. "And its leaving is going to take it off the map, unless we get something in here. There are no jobs around here comparable to that one there."

Workers have few options, Harbison noted: "They're either going to have to take a cut in pay and change their standard of living — or leave the area."

Businesses that supplied products or services to the plant are also bracing for a loss of revenue, as are mom-and-pop stores that count plant workers among their customers.

Eddie Leigh worries the plant shutdown will hurt his barbecue restaurant, situated a few miles away. Leigh's father started the eatery before the plant opened, and the two businesses have relied on each other for years. More than a third of the restaurant's business comes from the plant's workers, Eddie Leigh said.

Asked if his business can survive the plant's loss, he replied: "I'm going to try. I'm like everybody else: Do what we can. I can't answer that question because I don't know."

Local real estate agent David Nelson worries about a glut of houses with for-sale signs in their yards.

"It's going to become a buyers' market and it's going to take longer to sell these houses," Nelson said. "I'm probably more concerned about McCracken County than I've ever been economically."

Charities and churches could lose contributions from displaced workers who once were generous donors.

"Those who were at the giving end may be at the need-to-receive end," said Rodgers, the electrician.

Rodgers has applied for jobs as far away as Oregon but so far hasn't gotten any replies. But he plans to keep sending resumes until he finds work in new surroundings. His children are grown, so he thinks he will be better able to pick up and leave than his co-workers who have young children.

Area colleges, workforce development officials and government leaders are teaming up to try to limit the economic damage. Job fairs are being offered and plant workers are being surveyed to gauge their interest in retraining or starting their own businesses.

Other area plants can absorb some displaced workers, and the region recently lured three auto-related plants, said Chris Wooldridge, district director for the small business development center at Murray State University. He predicted that "a fair number" of workers will stay in the area.

Kentucky's top political leaders have been pushing the federal government to hasten cleaning up the plant and find a new operator to preserve jobs. They're also insisting that any work to re-enrich depleted uranium material at the plant remain at the Paducah facility.

Union leaders also have been calling for a "decontamination and decommissioning" project to retain the workforce. That work would remove processing equipment inside the enrichment buildings. The goal is to provide work for several years until a new operator can be found or new nuclear-related work can be secured.

"I'm just one of the unfortunate now that things are changing," he said. Then he reconsidered. "Really I can't look at it as unfortunate. It's a new beginning. You have to be positive, you have to move forward and you have to do what you have to do to provide for your family."

Barry King, a 56-year-old chemical operator at the plant, said he checked out a job fair recently. He left with a pile of brochures but no certain prospects. He said he might attend a technical college to get retrained.

"I kind of like to work with my hands and build things," he said.

Like so many others, he never thought he'd have to find new work.

Mike Myers has worked for 22 years at the plant as an electrician, and his son and his son-in-law built careers there by monitoring contamination at the facility. All three families live within three miles of each other, but he worries that his children and grandchildren will have to move if the jobs go away.

"What hurts us most, we can survive because we're older, but our kids, they've set up this life working at this plant," Myers said. "They're not going to be able to maintain the life they've got when that plant goes away."

His son's 13-year-old daughter plays on a traveling softball team in hopes of landing an athletic scholarship to attend college. But the family's $400 to $500 weekend excursions to watch her play may come to an end if her father loses his job, Myers said.

"We feel like our life has gone down the toilet," he said.