LaSalle County officials cleared the way for expansion of a sand mine this week, voting to allow construction of a sand-processing and transportation facility. 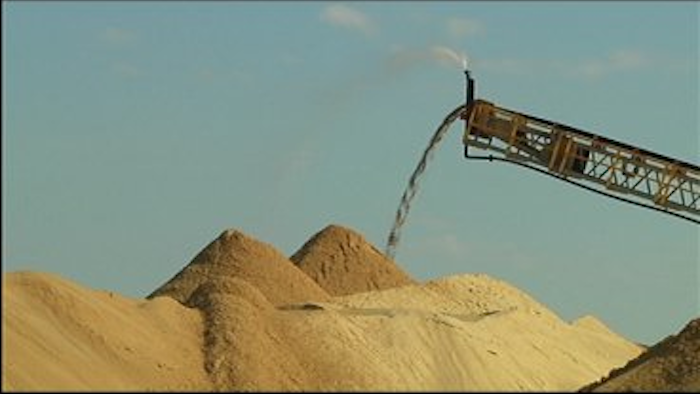 OTTAWA, Ill. (AP) — LaSalle County officials cleared the way for expansion of a sand mine this week, voting to allow construction of a sand-processing and transportation facility.

The County Board voted 18-5 on Tuesday to approve a special-use permit for Northern White Sands to build the processing facility immediately west of its mine entrance in Utica, the News-Tribune in LaSalle reported (http://bit.ly/1ouhwWZ ).

The company will use a closed conveyor to move newly mined sand to the processing facility, where it will be trucked to customers. The company also will be permitted to build a slurry pipeline from its mine to a proposed barge facility on the river.

The county owns the facility, and is negotiating a lease with the company.

The facilities will be built away from an old landfill. Some residents worried that toxic waste would be disturbed, while others also worried about the rapid expansion of sand mining in the county.

Following an early-pandemic 70 percent drop in orders, the RV maker hit a sales record in May.
Jul 28th, 2020
Follow Us
Most Recent