More than 200 million gallons of contaminated waste water from a fertilizer plant in central Florida leaked into one of the state's main underground sources of drinking water after a massive sinkhole opened up. 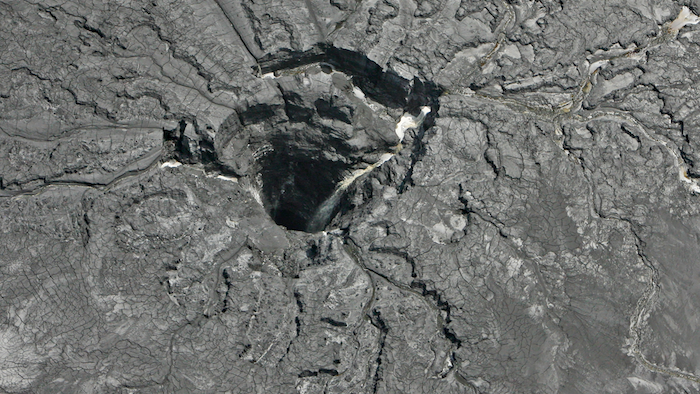 TAMPA, Fla. (AP) — More than 200 million gallons of contaminated waste water from a fertilizer plant in central Florida leaked into one of the state's main underground sources of drinking water after a massive sinkhole opened up beneath a storage pond, a phosphate company said Friday.

Mosaic, the world's largest supplier of phosphate, said the hole opened up beneath a pile of waste material called a "gypsum stack." The 215-million gallon storage pond sat atop the waste mineral pile. The company said the sinkhole is about 45 feet in diameter.

Mosaic says it's monitoring groundwater and has found no offsite impacts. 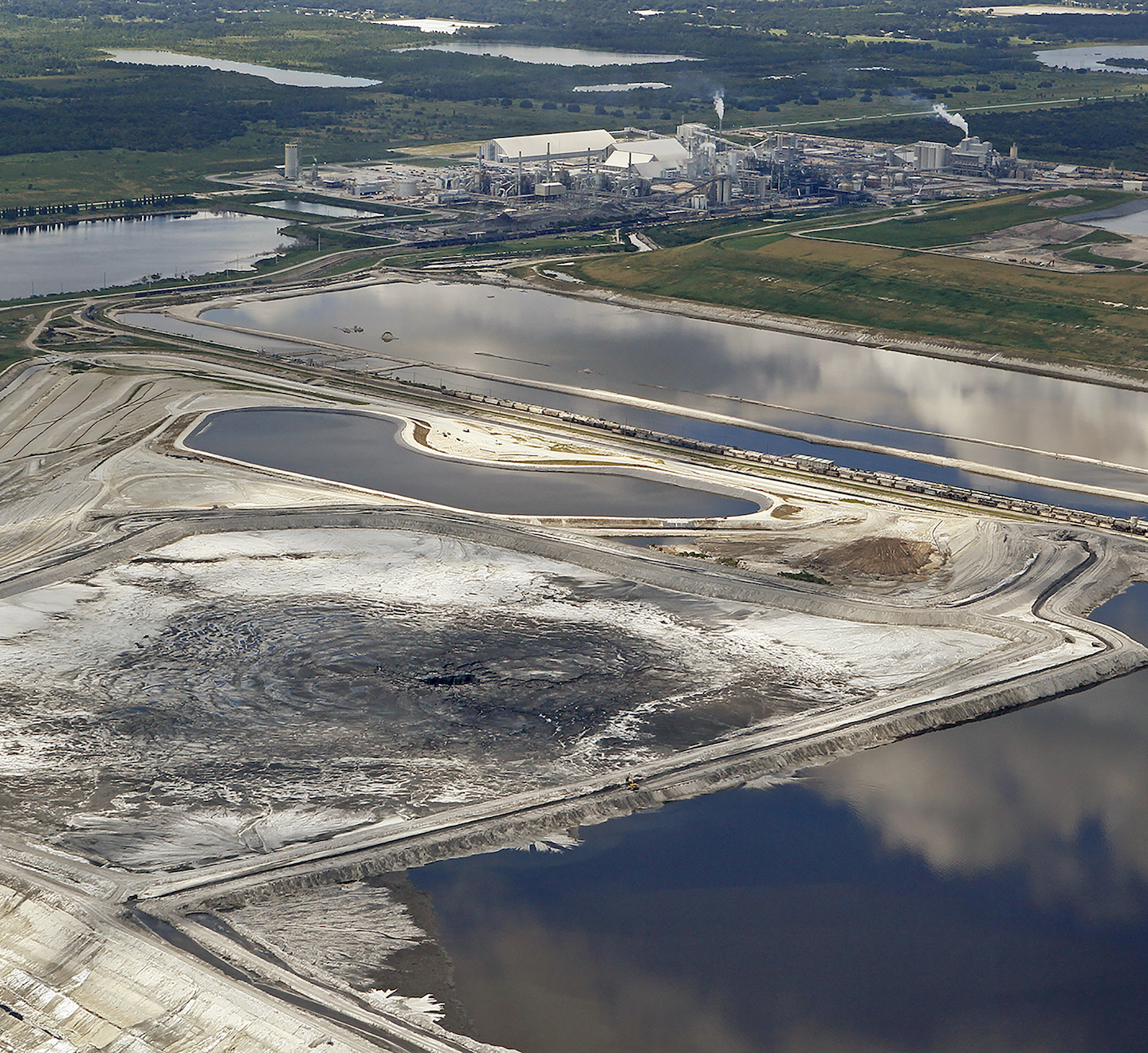 This aerial photo shows a massive sinkhole Friday, Sept. 16, 2016, in Mulberry, Fla., that opened up underneath a gypsum stack at a Mosaic phosphate fertilizer plant. Tens of millions of gallons of reprocessed water from the fertilizer plant in central Florida are likely to have seeped into the Floridan aquifer after the massive sinkhole opened up. Mosaic says it's monitoring groundwater and has found no offsite impact. (Jim Damaske/Tampa Bay Times via AP)

The water had been used to transport the gypsum, which is a byproduct of fertilizer production, the company said.

The sinkhole, discovered by a worker on Aug. 27, is believed to reach down to the Floridan aquifer, the company said in a news release. Aquifers are vast, underground systems of porous rocks that hold water and allow water to move through the holes within the rock.

The Floridan aquifer is a major source of drinking water in the state. One of the highest producing aquifers in the world, it underlies all of Florida and extends into southern Alabama, Georgia, and South Carolina.

According to the University of Florida, it's the principal source of groundwater for much of the state, and the cities of Tallahassee, Jacksonville, Gainesville, Orlando, Daytona Beach, Tampa, and St. Petersburg all rely on it. The aquifer also supplies water to thousands of domestic, industrial and irrigation wells throughout the state.

Mosaic began diverting the pond water into an alternate holding area to reduce the amount of drainage when the problem was first detected. The company said it has been "recovering the water by pumping through onsite production wells."

"We have an extensive monitoring system," Jefferson said. "It's already indicating that it's recovering the material, but it will take some time for that process to complete."

Dee Ann Miller, spokeswoman for the state's Department of Environmental Protection, said the company is updating state and federal agencies on the situation.

"Along with reviewing daily reports, DEP is performing frequent site visits to make sure timely and appropriate response continues in order to safeguard public health and the environment," Miller wrote in an email to The Associated Press. "While monitoring to date indicates that the process water is being successfully contained, groundwater monitoring will continue to ensure there are no offsite or long-term effects."

Jellerson said the water typically flows in a cycle from pond to plant to pond during the fertilizer manufacturing process.

He said the pond with the sinkhole is "now dry," and that once they recover the water that went into the deep hole, it will be reused in plant operations.

The incident comes less than a year after Mosaic, one of the world's largest fertilizer makers, settled a massive federal environmental lawsuit with the U.S. Environmental Protection Agency in which the company agreed to nearly $2 billion in fixes, improvements and cleanups at its plants.

Since the 1960s, toxic solid waste from fertilizer production in Florida has been growing -- some stored in 500-foot-tall piles that sometimes span more than 600 acres. Mosaic makes a common phosphorus-based fertilizer, the production of which creates polluted water and solid waste.

In 2004, during Hurricane Frances, 65 million gallons of polluted waste from a fertilizer plant was sent into waters near Tampa Bay, resulting in thousands of dead fish and other marine life.

And in 1994, another sinkhole in Polk County opened sending tons of waste from one of the company's waste piles into the earth.

EPA found that Mosaic improperly handled its facilities, which posed a threat to the environment and human health. These violations led to last year's legal settlement and the company's public commitment to become more environmentally friendly.

Environmental groups said the damage from the sinkhole could be severe, and adds to decades of pollution from the phosphorous fertilizer industry. Florida is a key center of phosphate mining.

"I wish we could say that watching an environmental tragedy unfolding at a Florida phosphate mining site was a new occurrence, but sadly it's happened repeatedly," said Tania Galloni, an attorney with the Florida office of Earthjustice. "These phosphate companies are playing roulette with our public waters."