Why The EPA Can't Disclose Which Chemical Plants Break The Rules 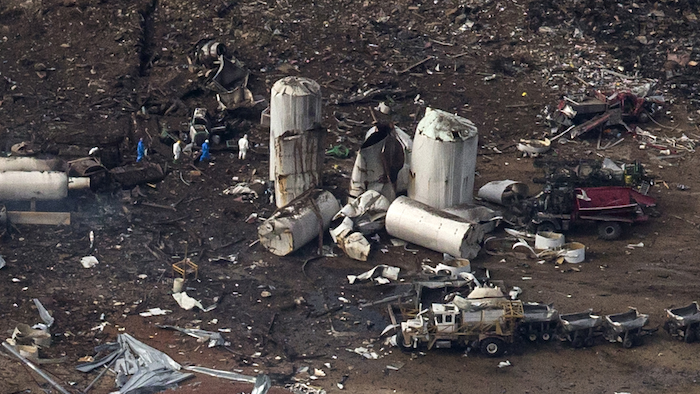 National security regulations are preventing government officials from disclosing potentially dangerous chemical plants to the public, according to a report by E&E.

Those plants are subject to additional reporting requirements, but the Environmental Protection Agency identifies plants that don't comply with the heightened standards using a Department of Homeland Security database.

As a result, the EPA told E&E that the data falls under post-Sept. 11, 2001, national security laws that prevent their public release.

In April 2013, a non-compliant fertilizer plant exploded in West, Texas, killing 15 people. In the aftermath, the EPA identified 13 to 15 additional violators; currently, at least two remain out of compliance with reporting requirements.

Transparency advocates and chemical industry groups alike said that keeping the data confidential likely doesn't serve a significant national security purpose, while critics said that it effectively keeps employees and residents near the two remaining plants in the dark.

E&E added that other chemical plant violations, most notably of environmental laws, are widely available to the public. Meanwhile, federal officials are also unable to highlight compliant facilities — or disclose plants that no longer meet the hazardous materials threshold at all.