The Latest Seizures on The Global Market For Fake Food

In the last few months, INTERPOL hauled in its largest-ever seizure of fake foods including sugar contaminated with fertilizer and chicken intestines preserved in formalin, a banned food additive solution that contains formaldehyde. 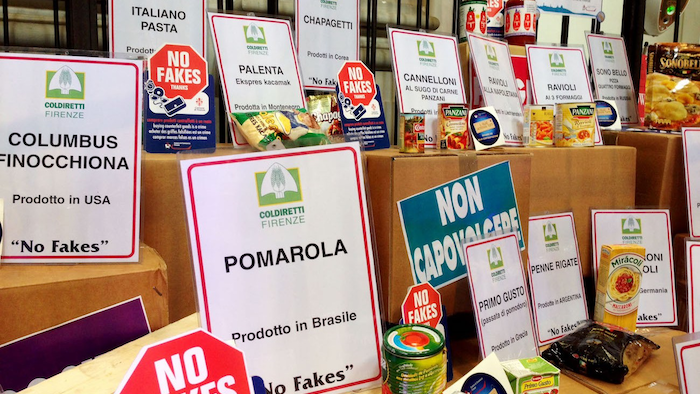 In the last few months, the International Criminal Police Organization, or INTERPOL, has hauled in its largest-ever collection of seizures from the global counterfeit market.

Called Operation Opson V, the effort, involving police, customs, national food regulatory bodies and others, seized a whopping 10,000 tons and one million liters of fake food and drink between November 2015 and February 2016. A look at the counterfeit goods, found in 57 countries, offers a startling glimpse at how widespread the issue is.

The seizures ranged from sugar contaminated with fertilizer in Sudan and olives painted with copper sulphate to make them look greener in Italy to chicken intestines preserved in formalin, a banned food additive solution that contains formaldehyde, in Indonesia.

In an INTERPOL report, Chris Vansteenkiste, Cluster Manager of the Intellectual Property Crime Team at Europol, offered insights into why counterfeit goods are so abundant, saying: “Today’s rising food prices and the global nature of the food chain offer the opportunity for criminals to sell counterfeit and substandard food in a multi-billion criminal industry.”

The agency also seized a large quantity of illicit alcohol in several countries including the UK, Burundi and Greece, where officers uncovered three factories devoted to counterfeit booze.

INTERPOL noted that these products have the potential to create a dangerous health hazard for vulnerable populations.

In Hungary, Italy, Lithuania and Romania, police authorities found several types of fake sweets that were made to be sold to kids in West Africa.

“Fake and dangerous food and drink threaten the health and safety of people around the world, who are often unsuspectingly buying these potentially dangerous goods,” said Michael Ellis, head of INTERPOL’s Trafficking in Illicit Goods unit.