The Obama administration on Thursday canceled a disputed oil and gas lease just outside Glacier National Park, on land considered sacred to the Blackfoot tribes of the U.S. and Canada.c 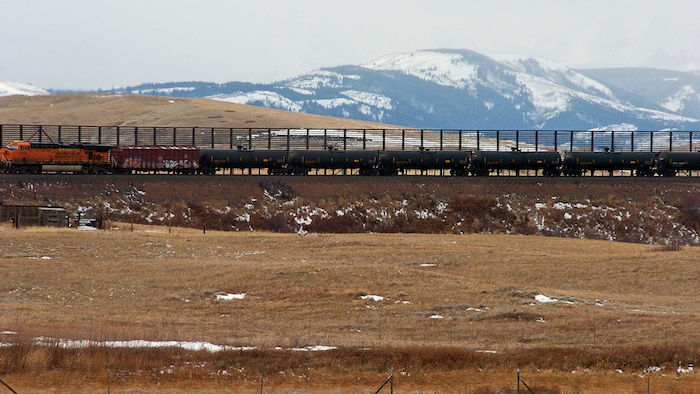 BILLINGS, Mont. (AP) — The Obama administration on Thursday canceled a disputed oil and gas lease just outside Glacier National Park, on land considered sacred to the Blackfoot tribes of the U.S. and Canada.

The move came after U.S. District Judge Richard Leon criticized the government over its decades-long delay in addressing the matter. He accused the government of trying to "run out the clock" on a lawsuit from Solenex LLC, a Louisiana company that wants to drill for oil and gas on the 6,200-acre site.

Leon now will decide if the company's arguments were valid and the lease should be reinstated.

Left unresolved was the fate of 17 remaining leases in northwest Montana's Badger-Two Medicine area, site of the Blackfoot creation story. Blackfoot leaders say the leases were illegally issued in 1982.

Government attorneys said the Solenex lease was improperly sold, in part because an environmental study on drilling did not consider its effect on the tribes.

"Today's action honors Badger-Two-Medicine's rich cultural and natural resources and recognizes the irreparable impacts that oil and gas development would have on them," Interior Secretary Sally Jewell said.

The government will refund Solenex $31,235 for the original lease payments with no added interest, Interior officials said in a letter to the company. Its lawyer said the lease was worth far more than the refund offered Thursday but declined to say by how much.

Solenex sued the government in 2013 to force a decision after the dispute dragged on for decades. Attorneys for the company pointed out that the lease went through multiple environmental reviews over the years and was never said to be invalid until recently.

"I can't even imagine how many thousands of man-hours went into all these studies, and now the government is saying every one of these people was wrong," said William Perry Pendley with the Mountain States Legal Foundation, the law firm for Solenex. "It doesn't even pass the red-face test. It's ridiculous."

Dozens more oil and gas leases were originally sold in the area. Over the years, most were retired or surrendered by their owners.

Most of the 17 remaining leases in the area are held by Devon Energy of Oklahoma, federal officials said. U.S. Agriculture Secretary Tom Vilsack recommended canceling all the leases in an October letter to Jewell.

"We're pushing to have all the leases terminated," Blackfeet Tribal Chairman Harry Barnes said. "It's considered a very spiritual place, a base for spirituality from whence a lot of power comes for the Blackfeet people."

The remaining leases will be dealt with in coming weeks, department spokeswoman Jessica Kershaw said.

The Badger-Two Medicine area is part of the Lewis and Clark National Forest, but it is not on Montana's Blackfeet Reservation.

Judge Leon had grown increasingly frustrated in recent months over the government's handling of the case. He accused a Justice Department attorney of acting "silly" Wednesday when she suggested the latest delay in its decision came out of deference to the court.

The judge had threatened to move forward on his own if the government did not act by Thursday.