The breakthrough happened entirely on accident. 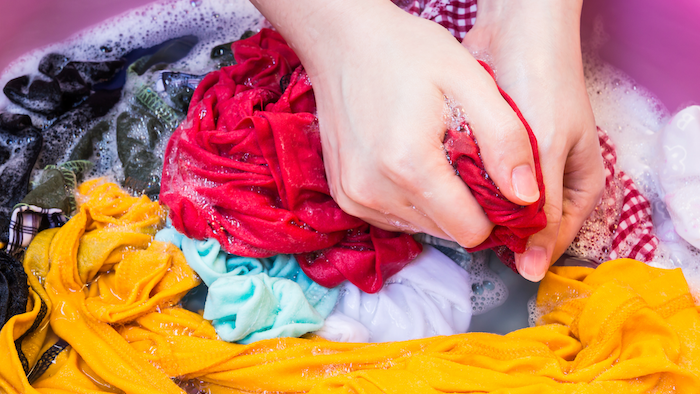 An outbreak of the Zika virus in much of Central and South America has kicked off a rush to develop a vaccine to halt the illness from spreading more. The director of the National Institute for Allergy and Infectious Disease this week reported that trials for a Zika vaccine could begin as early as this summer or fall.

Meanwhile, others have focused on the effort to prevent getting the virus altogether.

According to Fox News Latino, one chemist with the Chilean company Grupo Avance has discovered an innovative formula for detergent that helps repel the Aedes aegypti mosquito, which is responsible for spreading Zika, dengue fever and other diseases.

The breakthrough happened entirely on accident.

"We got to this by merging several projects — we were never looking for a solution for the Zika virus," Grupo Avance general manager and biochemist Mario Reyes said. "We had graphene, copper powder, lactone and we put them all together. That's all."

This potentially game-changing discovery happened far from any high-tech government research complex. At Grupo Avance’s lab in the Chilean capital, Santiago, the scientists don’t even wear gloves or safety glasses (which is because, the company says, the team works with around 20 substances that are harmless to humans).

"We produce lactone, a natural, non-toxic insecticide; we develop graphene, which turns the mosquito away, and copper powder, an excellent antibacterial substance," Reyes said of the formula.

If confirmed to be effective, washing clothes in standard detergent mixed with this “bioadditive” could be hugely beneficial to residents in Central and South America looking for more ways to repel mosquitos.

The World Health Organization has called Zika a “global emergency.” Surviving Zika isn’t the issue — the virus is much like a bad bug with a rash, joint pain and fever, which is unpleasant but rarely dangerous. Around 80 percent of those who get Zika don’t even feel ill.

It’s the potential link between Zika and microcephaly — a devastating condition that causes babies to be born with small heads and brains — that has prompted the Centers For Disease Control and Prevention to issue a travel alert for pregnant women to 30 countries.

In the U.S. Zika have been slowly spreading, including 52 confirmed cases in Florida alone.