Crews are working to contain and clean up crude that spilled when an oil train derailed in northwestern Iowa. 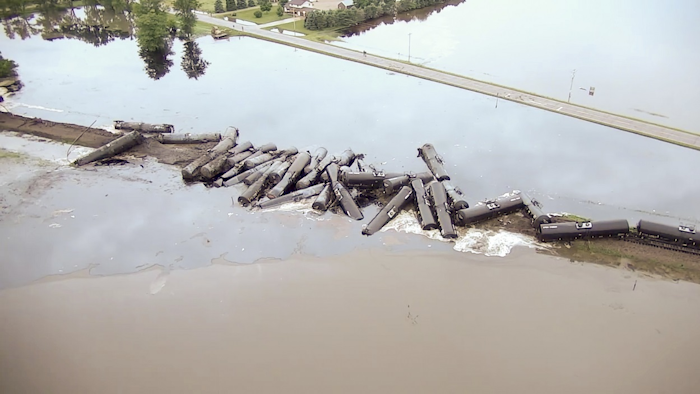 Crews are working to contain and clean up crude that spilled when an oil train derailed in northwestern Iowa.

BNSF railroad spokesman Andy Williams says workers have unloaded oil from 10 of the oil tank cars that didn't leak after Friday's derailment. Officials have said 14 of the 32 cars that derailed in Lyon County leaked oil.

Cities downstream from the spill are monitoring their water systems.

Workers will continue unloading oil from the rest of the cars and removing them from the area over the next several days. It wasn't immediately clear Sunday how long the effort will take.