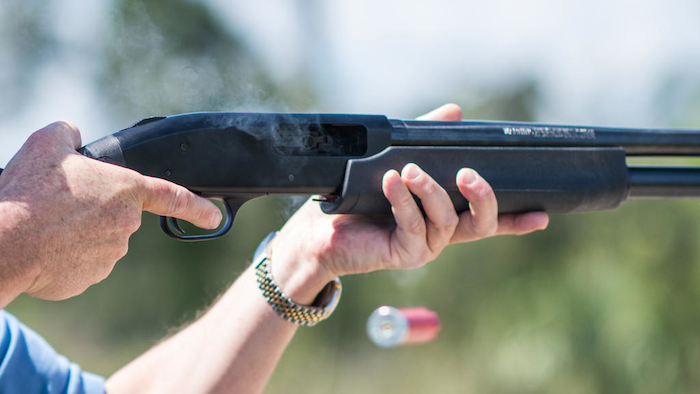 The weapons are illegal in New Jersey, Attorney General Gurbir Grewal said in a letter to the unidentified companies, and the state will sue the gun-makers if they persist. Grewal demanded the companies stop selling and advertising to New Jersey residents assault weapons that are unregistered and lack serial numbers.

A spokesman for the state's top law enforcement official declined to name the companies in the hope they will comply. Grewal said the companies would have 15 days to do so.

"Your sale of ghost guns to New Jersey residents contravenes the plain terms of our law and undermines our regulation of assault firearms," Grewal said.

The letter came a day before Democratic Gov. Phil Murphy planned to sign a half-dozen bills aimed at tightening the state's already-strict laws.

The Association of New Jersey Rifle and Pistol Clubs, a National Rifle Association affiliate, has opposed the measures and said they won't "make anyone safer." The group didn't immediately respond to a message seeking comment on Grewal's letter.

Murphy on Tuesday praised Grewal's decision and cast it as part of New Jersey's effort to legislate on guns since Congress has not.

"New Jersey refuses to stand idly by and will take aggressive actions on its own," Murphy said in a statement.

The governor's senior adviser for firearms, William Castner, said the ghost gun business would be "closed for business" in New Jersey.

Ghost guns are unregistered weapons that don't have serial numbers. Grewal said the firms sell the nearly complete weapons, often along with the parts needed to finish them, as well as training so the firearms can be completed.

Legislation to prohibit the purchase of firearms parts used to make such weapons is moving through the Democrat-led Legislature. The state Senate passed the bill unanimously earlier this month.

A similar bill is pending in the Assembly.