A judge has dismissed Montana-Dakota Utilities' eminent domain lawsuit over a proposed half-mile natural gas pipeline in northern North Dakota, a decision hailed by landowner attorneys as a rare victory. 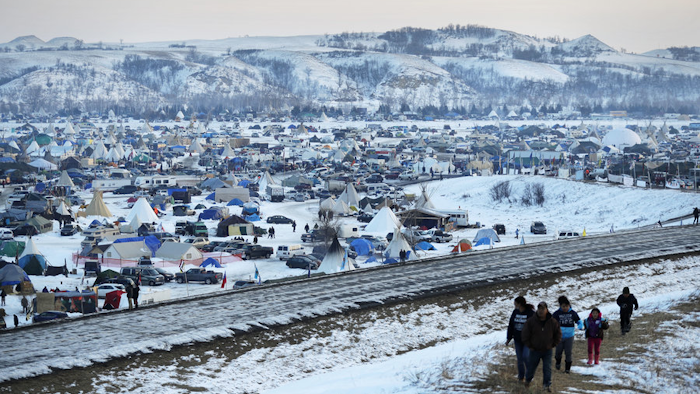 A judge has dismissed Montana-Dakota Utilities' eminent domain lawsuit over a proposed half-mile natural gas pipeline in northern North Dakota, a decision hailed by landowner attorneys as a rare victory.

North Central District Judge Gary Lee ruled May 29 that harm to private landowner Lavern Behm outweighed any public benefits from the pipeline. Pipelines have become a contentious issue in North Dakota since the prolonged and sometimes violent protests against the $3.8 billion, four-state Dakota Access oil pipeline in 2016 and 2017.

MDU sought an easement across Behm's property in Ward County to build a 3,000-foot-long (915-meter-long) pipeline to service a BNSF Railway facility west of Minot. The railroad maintains and operates a switch heated in the winter with propane tanks near the private property to keep it free of snow and ice. MDU proposed replacing the tanks with the underground pipeline, according to court records.

The utility that provides natural gas and electricity to more than 400,000 customers in a four-state area obtained the necessary permits and approvals from state and federal agencies but had to resort to eminent domain to cross the private land.

State law prohibits private property from being taken for ownership or use of any private individual or entity unless the land is necessary for conducting a carrier or utility business.

"While it is certainly not subject to dispute that maintaining railway switches is a necessity to the safe operations of the railroad, the construction of this pipeline is not necessary for this purpose," Lee wrote, noting that the propane tank option exists. He also said MDU didn't give enough consideration to other options.

MDU is still determining whether it will appeal to the state Supreme Court, spokesman Mark Hanson said Thursday.

The decision is a "huge case for property rights, and the little guy," said Behm's attorney, Lynn Boughey. "We are way too often allowing private entities to use government powers to take from private citizens."

Bismarck attorney Derrick Braaten has represented landowners in dozens of eminent domain cases. He said most landowner victories amount to increased compensation for the use of their land, and that it's rare for a judge to entirely bar the taking of private property.

Braaten said the Ward County case, though involving a small pipeline, touches on a larger issue.

"The big ones that are a question right now are these interstate pipelines," he said. "I think there is kind of a looming question out there, is that a public purpose?"