From Chicken To Condoms, Marketers Cash In On Royal Wedding

If British marketers are to be believed, nothing is a better royal wedding tribute than a limited-edition bucket of fried chicken chased with a bottle or two of Royal Wedding pale ale. 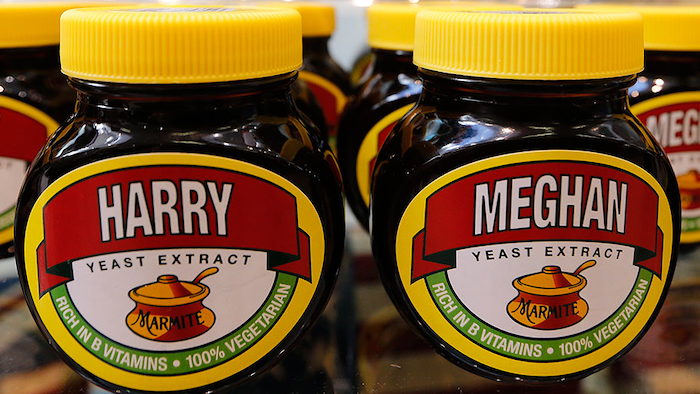 If British marketers are to be believed, nothing is a better royal wedding tribute than a limited-edition bucket of fried chicken chased with a bottle or two of Royal Wedding pale ale.

Estimates are that consumers will spend between 40 million pounds to 70 million pounds ($54 million to $94 million) on royal wedding-related merchandise, including commemorative mugs, plates, coins and posters.

If you're tucking in to watch the wedding from home but want to feel "part of" it you can enjoy a bowl of "Wedding Rings" cereal, featuring Prince Harry and Meghan Markle on the box and sold online for only 35 pounds ($47). It promises to be "royally good."

There's also "Harry" and "Meghan" Marmite, if you can choke that down.

Britain's Heck food company has created special pork sausages including the ingredients of "sweet ginger" for Harry — a nod to his famous red hair — and "American mustard" for Meghan. At 3 pounds ($4) a package, they're available at Sainsbury's grocery stores around Britain. 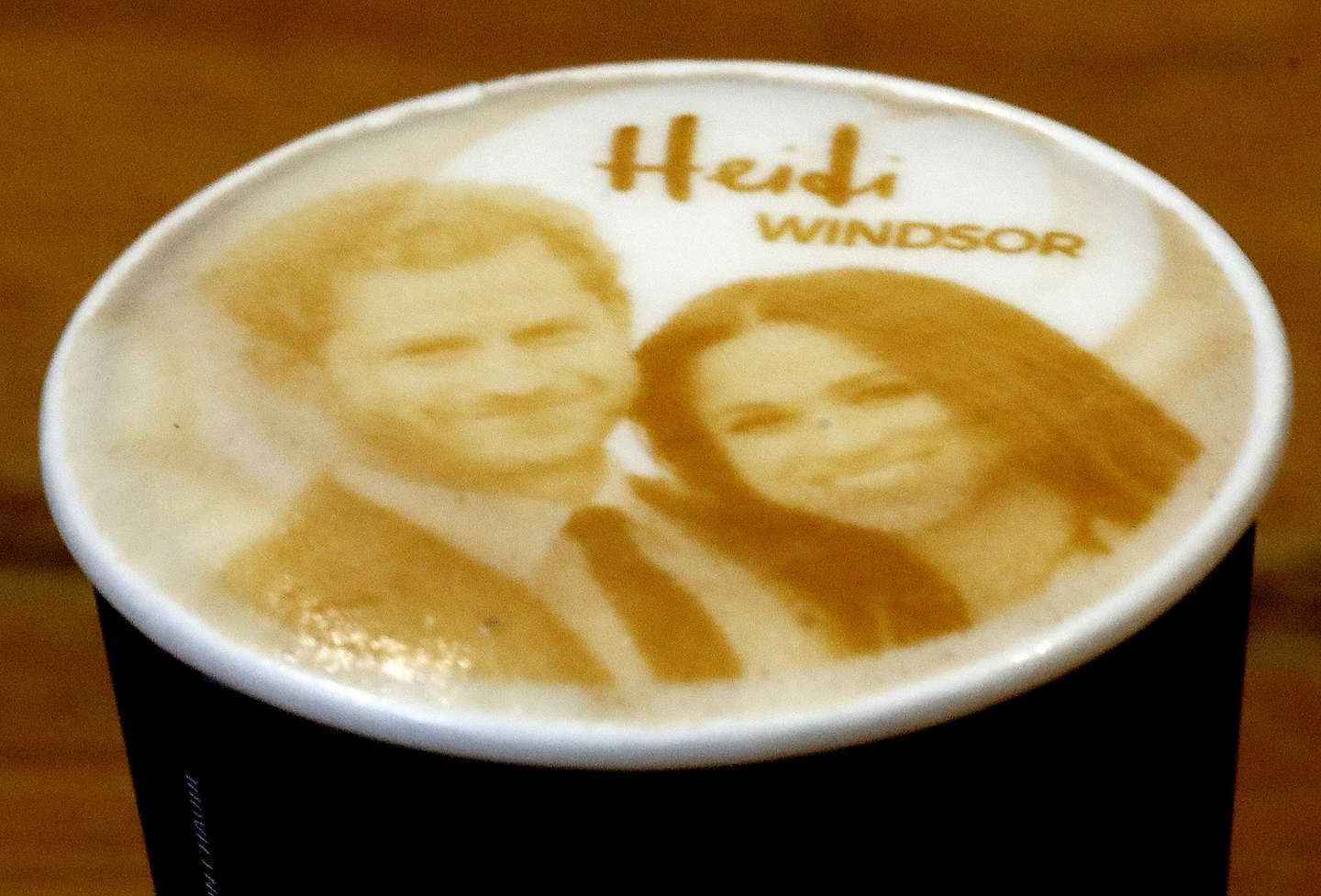 In this Tuesday, May 15, 2018 file photo capuccino coffees with the image of Britain's Prince Harry and Meghan Markle on top are pictured at a coffee shop in Windsor, England. The royal wedding smorgasbord of merchandise includes Harry and Meghan Marmite, Royal Wedding ale, Wedding Rings cereal and a limited-edition bucket of royal wedding KFC chicken. That’s just a smattering of the millions of dollars’ worth of souvenirs being sold to commemorate Prince Harry’s marriage to Meghan Markle. Estimates are that consumers will spend 40 million to 70 million pounds ($54 million to $94 million) on royal wedding-related merchandise. (AP Photo/Frank Augstein, File)

KFC's Royal Wedding-themed buckets, complete with the company logo in gold, were allegedly inspired by Harry's confession that he proposed to Markle while preparing a roast chicken. The reverse side reads: "We declare a regal day of celebration, jubilation, and fried chicken." They're available in limited quantities only at KFC Windsor on Saturday, the royal wedding day.

After enjoying the chicken, you might want to try the Windsor and Eaton Brewery's "Harry & Meghan's Windsor Knot" pale ale, which boasts barley grown locally on the Royal Farms in Windsor and retails for 2.25 pounds ($3) a bottle. The company says "marrying" together a combination of British and American hops and champagne yeast "creates a new pale ale that is young, fresh and full of character."

For those with a sporting bent, royal fans can shop online for a Meghan or Harry one-piece lycra women's swimsuit offered by the gift store Bags of Love. For 28 pounds ($37.70), the suits are available in sizes from XS to 4XL and promise to be "soft, stretchy and supportive." They also display enormous faces of either the bride or groom across your torso.

For those already in the mood, the Crown Jewels Heritage Condoms company (yes, it's real) is offering a box of Royal Wedding souvenir condoms for 10 pounds ($13.50). When opened, the consumer is treated to a pop-up picture of Harry and Meghan and the slogan "your prince will come" as an arrangement of "God Save the Queen" and "The Star-Spangled Banner" plays in the background. A certificate of authenticity makes the packet complete.