Trump Says 'No Folding' In Trade Negotiations With China

President Donald Trump says there has been "no folding" in his trade negotiations with China, as he addresses his efforts to help a Chinese telecommunications company that violated U.S. sanctions. 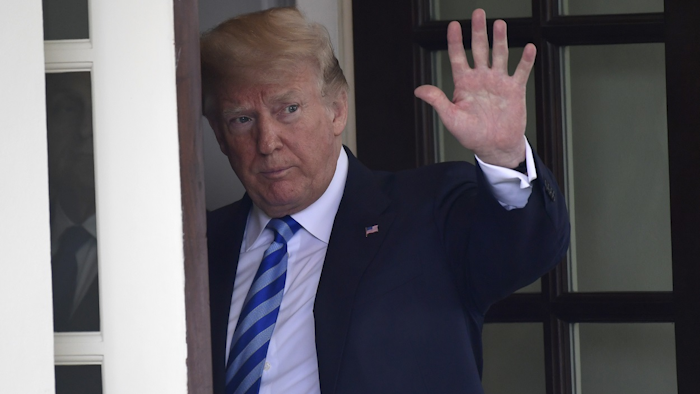 President Donald Trump says there has been "no folding" in his trade negotiations with China, as he addresses his efforts to help a Chinese telecommunications company that violated U.S. sanctions.

Trump tweeted on Wednesday, "Nothing has happened with ZTE except as it pertains to the larger trade deal."

He added that, "We have not seen China's demands yet." He also said: "There has been no folding as the media would love people to believe."

Trump tweeted his support for ZTE earlier this week, putting the president at odds with the Commerce Department and its decision to impose trade restrictions on the company amid allegations it violated U.S. sanctions.

Trump has also drawn criticism from Democrats and Republicans that the company poses a national security risk. Sen. Marco Rubio, R-Fla., questioned how the U.S. would be able to enforce the "cancellation" of the Iran deal "if we are not going to be enforcing it on companies in powerful countries that are helping Iran evade sanctions already."

Rubio said the Chinese telecom companies are "agents of the Chinese government. And they don't just steal national security secrets, they steal commercial secrets. They will use a ZTE phone to spy on any American company and steal their intellectual property."