Furniture Designers Explore What It Is To Be Sustainable

Designers are confronting what it means to be sustainable at the Milan Furniture Show. 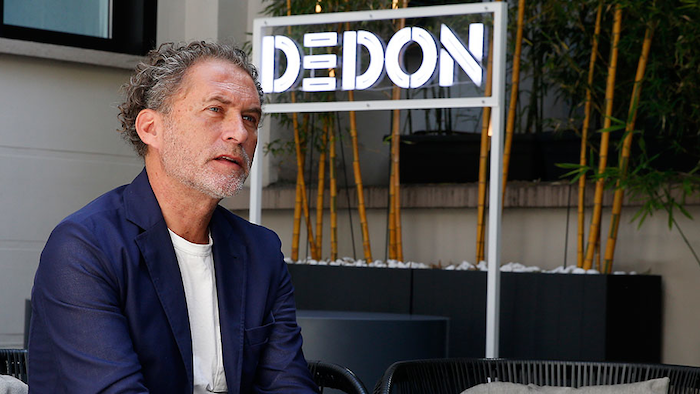 MILAN (AP) — Designers are confronting what it means to be sustainable at the Milan Furniture Show.

There is the tried and true — durable, sometimes luxurious classic pieces that can be passed down through generations. Increasingly, the focus is also on materials and sourcing, ensuring that they exploit neither workers nor the environment. Perhaps pieces are built from recycled materials, or thought is given to their eventual recyclability. And designers are also using their work to address problems facing society in public spaces and private, including energy use, pollution and human flows.

"Design needs to bring social innovation. It cannot be reduced to an embellishment," said architect Carlo Ratti, who recreated the four seasons under a crystal-topped pavilion opposite Milan's Duomo cathedral. Ratti, who runs an MIT research project exploring new technologies and design in cities, used heat generated by dropping the temperatures for winter to create summer. He called that "an exercise in circular economies," exploring the relationship between nature and the city, and the effect of climate change.

Some highlights from the Milan Furniture Fair and collateral design week events that runs from April 17-22:

For the Paris-based Bouroullec brothers, Ronan and Erwan, design is also an expression of their political values.

For Cassina, they created the 139 Cotone Legno chair: an aluminum base delicately inlaid with wooden backrest and seat. It projects lightness, with the curves of the metal giving way to a slight airy space. The dark green aluminum picks up the light, dappling along the black lacquered wood.

"Cassina is for me haute couture," Erwan Bouroullec said. "It is very precise, based on craftsmanship in Italy at the very best level in Europe, maybe the world. For me it is almost political to consider that it is very important to maintain that savoir-faire. And at the same time, it is political for me to do a chair which costs 90 euros." (About $110.)

The brothers also made a simple plastic chair, "Elementaire," for the Danish company Hay. "It is something like jeans or a white T-shirt, something you need," Erwan said. "And you need to be well-dressed for a special party, but every day you need in your kitchen or your garden this plastic chair that you can buy for a convenient price."

Sustainability means lasting, he said. "You can decide you don't want this table," he said, motioning to the matching 142 Cotone table. "But you cannot destroy this table."

The brothers also designed a series of unfinished Venetian glass elements to define spaces, including dome-shaped alcoves and squared niches for WonderGlass, in neutrals ranging from amber to aquamarine, evoking antique glass insulators.

ANOTHER KNOLL CLASSIC IS BORN

The mesh seat of the cantilevered chair appears to float over a curved tubular base, while the elastomeric-polyester knit mesh provides a fun, bouncy give in the seat and back. The design is exceptionally simple, comprising three elements: a metal frame that is 100 percent recycled aluminum, fabric and glass reinforcements.

"All three need each other to work. The frame on its own would have very little stability," Newson said.

The side chair, for home or office use, comes in three frame colors and six mesh shades, allowing for bold combinations for the contemporary eye. And it stacks.

The seat is in the DNA of the Knoll group, bringing together both a lean profile and simplicity, with strong technical aspects.

"It says Knoll," Newson said. "It is quite a graphic product."

The Swedish design company HEM (Swedish for home) is challenging furniture retail concepts by having a mail-order-only business, about 60 percent in the United States from a Pennsylvania warehouse. CEO Petrus Palmer aims to create a luxury version of IKEA, bringing together designers from across disciplines. The no-store strategy allows it to keep prices from its competitors, Palmer said.

Austrian fashion designer Arthur Arbesser created a series of geometric-patterned throw blankets for HEM's latest collection, ranging from reassuring dark green to more feminine salmon and umber shades, taking inspiration from his native Vienna. "The idea is to do something that reminds you of something old, that you have seen before," Arbesser said. "I think living in this moment, you tend to feel comfort where you can relate to things that evoke something."

Fashion designers kept their hands in the design world elsewhere. Ermenegildo Zegna weighed in with high-end objects for the man who really does have everything. There are woven, leather-covered soccer balls, leather-clad turntables and zip leather cases for matching slippers. Houses like Bottega Veneta have made a bigger commitment to the design space. The brand's biennial collection included seating, with its trademark intrecciato weave falling off into a funky fringe, a bronze chandelier cast with the brand's weave pattern, and a new version of its Arches table with a black and white marble tabletop from a French cave that had been closed for 75 years.

German designer Werner Aisslinger considered the design language when he approached his first project for the outdoor furniture maker Dedon. He wanted to get away from the rectangular shapes that have characterized the niche, and considered Le Corbusier's round, leather-upholstered chairs.

"It was the right moment to have this sort of friendly, open, round shape," Aisslinger said. "When you do an archetype shape, you are closer to the idea that things are long lasting. So people might not throw them away. That is the best that can happen in the discussion of sustainability."

Aisslinger's Cirql constellations of round chairs and tables are made of Dedon's trademark synthetic fiber woven over aluminum bases by Filippino artisans trained in the rattan weaving tradition. The pieces have a graphic impact with crisscross weaving on the winged chair backs and a striped effect on the sloped base of the dining chair and stool/side table.

The Cirql pieces will be featured on the terrace of the new 25hotel that Aisslinger is designing in a 1957 office building in Cologne, Germany. Dedon's fiber is extremely weather-resistant, good for beaches and mountain resorts.

"For Dedon, it is important not to do throw-away pieces that are harmful to the environment," Aisslinger said.

Architect David Rockwell created what he called "a temporary antidote" to high-tech in conjunction with Surface Magazine. Its form: The diner.

Rockwell constructed that archetypical American classic under the railway near the Milan Station. It features a big oval counter and side booths that travel from sophisticated, black-and-white New York to candy-colored Midwest to the free-wheeling American West. Rockwell said the project was a way of exploring his key design touch-points of hospitality, welcome and democratic design.

The diner served up grilled cheese sandwiches and Caesar salads alongside the Milan classic Aperol spritz. It was open all week to the public.

Rockwell said people are craving respites from the high-tech world. "I think designers are responsible for trying to create places that engage all the senses," he said.

Charlene Pele contributed to this report.