Washington state's sales tax exemption for electric vehicles is expected to end sometime this summer after efforts to extend it stalled during the recent legislative session. 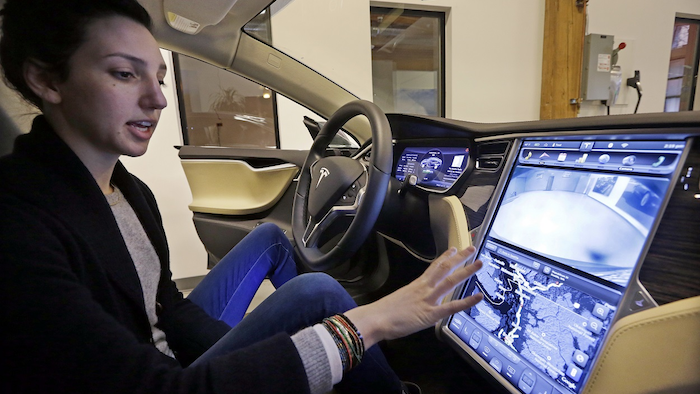 In this Feb. 4, 2015, file photo, Tesla product specialist Kat Brand explains the control panel on the electric car at a dealership for the vehicle in Seattle. Image credit: AP Photo/Elaine Thompson, File

Washington state's sales tax exemption for electric vehicles is expected to end sometime this summer after efforts to extend it stalled during the recent legislative session.

The current exemption expires in June 2019 or once 7,500 electric vehicles have been registered with the state — whichever comes first. That number hit 6,843 as of last week, according to the state department of licensing.

There were a number of bills that tried to extend the existing sales tax exemption.

The current tax break applies to up to $32,000 of an eligible new electric passenger car, light duty truck or medium-duty passenger vehicle that uses a clean alternative fuel such as electricity, propane or natural gas. Sales tax differs in each county so the overall savings varies.

One measure sponsored by Rep. Jake Fey, a Democrat from Tacoma, easily cleared the House in February with bipartisan support, but it didn't make it out of the Senate before the short 60-day session ended March 8.

"It's quite unfortunate, given the vote in the House," Fey said. He said the exemption provided an incentive to switch from petroleum-related products to electricity and had benefits for the environment and reducing greenhouse gas emissions.

General Motors, Tesla, Ford and other automakers and the Association of Washington Business testified in support of the bill. Supporters say the tax break has helped grow the electric vehicle market in the state and provided economic as well as environmental benefits.

Gov. Jay Inslee supported the exemption as a way to help the state meet its goal to put 50,000 electric or other clean vehicles on the road by 2020. There are about 25,000 such electric vehicles already on the road now.

The Sierra Club, Washington Bikes, Transportation Choices and other transit groups said they supported the policy but objected to the funding source.

They told lawmakers earlier this month that money for the sales tax incentives should not come from the state's multi-modal transportation account that pays for a range of projects, including pedestrian safety, buses and bikes. Some said that there isn't enough money in that account to pay for much needed projects.