Nebraska lawmakers could open the door to self-driving cars and trucks this year with new legislation designed to attract the industry. 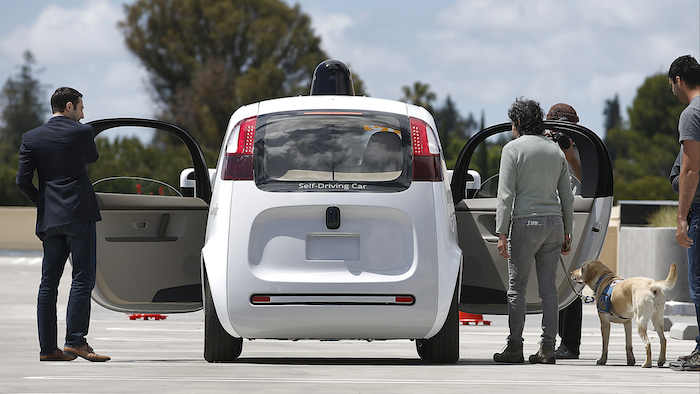 Nebraska lawmakers could open the door to self-driving cars and trucks this year with new legislation designed to attract the industry while maintaining public safety.

A legislative committee will consider two measures Tuesday that would let researchers test self-driving vehicles in Nebraska to prepare for an expected surge in such vehicles in the coming decade.

"I want a statute that not only allows it, but allows the technology to grow," said Sen. Tyson Larson of O'Neill, who sponsored a measure to allow testing statewide. "As with any new technology, you don't want to pass a bill that's too restrictive."

Larson's bill would allow automated vehicles on state roads and highways but require that testers be able to continuously monitor them and take immediate control if necessary. It also would require owners to submit proof of insurance to state officials and create a council of state and industry officials that would follow technology changes and recommend other laws.

The bill still faces skepticism from car and truck manufacturers, who argue that new restrictions could unintentionally hinder the fast-growing technology.

"We have concerns about passing a law based on what's technologically available right now," said John Lindsay, a lobbyist for the Alliance of Automobile Manufacturers. "Three months from now, we may have a completely different technology."

A second proposal by Sen. Anna Wishart of Lincoln would allow researchers to test self-driving vehicles, but only in Lincoln. The bill would authorize the city to join forces with a private company for a pilot project.

Wishart said her measure was designed to help city officials launch a driverless shuttle service that would carry passengers between downtown Lincoln, the popular Haymarket District and the University of Nebraska-Lincoln's main campus. The service could eventually expand throughout Lincoln, with the aim of turning the city into a national leader for automated vehicles.

"The main challenge is making sure we have as many safety precautions in place as possible," Wishart said.

Wishart said she worked with the Departments of Transportation and Motor Vehicles to craft the proposal, as well as advocates for people with disabilities, who stand to benefit.

The Legislature's Transportation and Telecommunications Committee will review both bills.

The proposals come amid breakthroughs in automated vehicles, including a tech startup's announcement last week that its self-driving truck recently completed a 2,400-mile test run from Los Angeles to Jacksonville, Florida.

The company, Embark, hailed the five-day trip as the first coast-to-coast journey by an automated truck after its modified Peterbilt tractor crossed the country on Interstate 10. A driver remained at the wheel, ready to take control if needed, and the trailer was empty.

Such test-runs illustrate why Nebraska should consider legislation, said Kent Grisham, president of the Nebraska Trucking Association. With the technology expanding so quickly, Grisham said state officials need to consider its potential impact on other motorists and industries.

"I think it's healthy that Nebraska is looking at these bills," he said. "We don't want to end up as the state that's caught off guard when these fleets are testing vehicles in our backyard."

Despite high-profile concerns that automation could put millions of truckers out of work nationally, Grisham said many will still be needed to navigate trucks through crowded cities. Under one scenario, trucks would drive themselves over long stretches of rural highway and pull into a station, where a driver would climb inside and finish the trip.

Twenty-one states have passed legislation related to automated vehicles, according to the National Conference of State Legislatures. Nevada was the first to allow them in 2011.