A Central Texas town devastated by a 2013 fertilizer plant explosion that killed 15 people reached a settlement of its lawsuit. 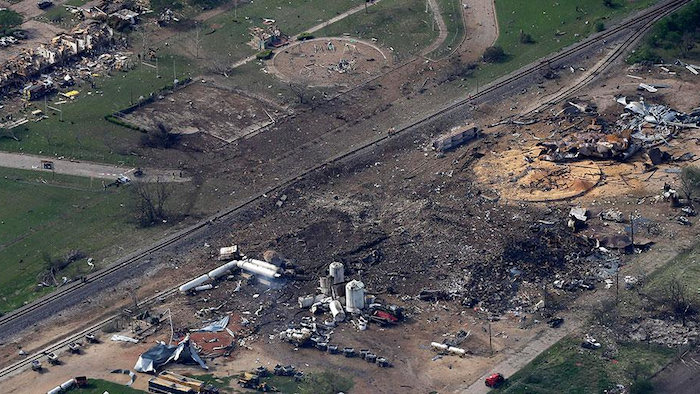 A Central Texas town devastated by a 2013 fertilizer plant explosion that killed 15 people, many of them emergency personnel, has reached a settlement of its lawsuit for damages caused by the blast.

The city council in West this week approved of accepting $10.44 million to settle its claims against the defendants, including makers and suppliers of ammonium nitrate, the explosive fertilizer involved in the blast, and Adair Grain Inc., owner of the fertilizer plant itself.

In a statement Wednesday, Mayor Tommy Muska said he is pleased with the settlement.

Settlements had been reached previously with families of victims and West Rest Haven, a nursing home badly damaged by the blast. Those settlements were confidential.