The administration announced a new five-year plan for energy leases in federal waters. 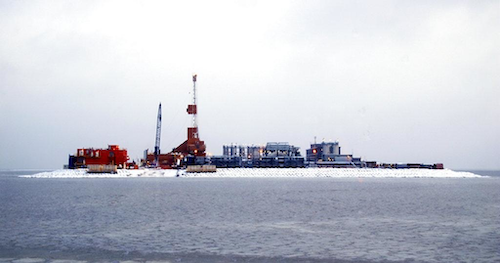 In this Oct. 17, 2017 file photo provided by the Bureau of Safety and Environmental Enforcement, oil production equipment appears on Spy Island, an artificial island in state waters of Alaska's Beaufort Sea. The Trump administration on Thursday, Jan. 4, 2018 moved to vastly expand offshore drilling from the Atlantic to the Arctic oceans with a plan that would open up federal waters off the Pacific coast for the first time in more than three decades. Alaska's Beaufort Sea is one of those areas. (Guy Hayes/Bureau of Safety and Environmental Enforcement via AP, File)

The energy industry is cheering the Trump administration's proposal to open nearly all U.S. coastlines to offshore oil and gas drilling, saying it will reduce U.S. dependence on foreign supplies and create jobs.

Independent experts are dubious. They cite strong opposition — even from Republicans — to some ocean drilling and question whether oil companies will invest in expensive new offshore projects when there are abundant reserves in shale on the U.S. mainland.

Questions and answers for the administration's proposal — the most expansive offshore drilling proposal in decades — along with potential roadblocks and what it could mean for U.S. energy production.

The plan calls for expanded drilling in the Arctic and off the Atlantic coast and would open up waters off California for the first time in more than three decades. Drilling would be allowed from Florida to Maine in areas that have been blocked for decades.

An effort to expand offshore leasing was expected ever since last April, when President Donald Trump signed an executive order encouraging more drilling rights in federal waters to help the U.S. achieve "energy dominance" in the global market.

WHAT DOES THE ENERGY INDUSTRY THINK?

The Independent Petroleum Association of America said opening new areas to leasing would increase knowledge about potential resources and help companies make decisions about where to invest while boosting development of America's abundant energy resources. 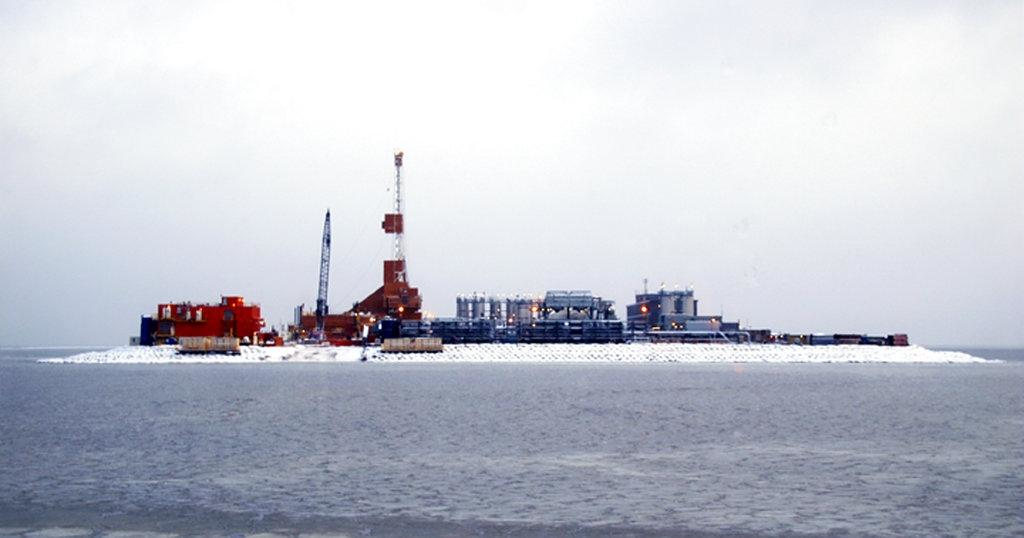 In this Oct. 17, 2017 file photo provided by the Bureau of Safety and Environmental Enforcement, oil production equipment appears on Spy Island, an artificial island in state waters of Alaska's Beaufort Sea. The Trump administration on Thursday, Jan. 4, 2018 moved to vastly expand offshore drilling from the Atlantic to the Arctic oceans with a plan that would open up federal waters off the Pacific coast for the first time in more than three decades. Alaska's Beaufort Sea is one of those areas. (Guy Hayes/Bureau of Safety and Environmental Enforcement via AP, File)

WHAT DO ENVIRONMENTALISTS THINK?

A coalition of more than 60 environmental groups immediately denounced the plan, saying it would cause "severe and unacceptable harm" to America's oceans, coastal economies, public health and marine life.

"These ocean waters are not President Trump's personal playground. They belong to all Americans and the public wants them preserved and protected, not sold off to multinational oil companies," said a statement from members of the coalition, which included the Sierra Club, the Natural Resources Defense Council and the League of Conservation Voters.

WHAT DO THE COASTAL STATES SAY?

Some lawmakers in coastal states support offshore drilling, but in some states even Republicans were critical of the Trump proposal.

In Florida, Republican Gov. Rick Scott asked for an immediate meeting with Zinke. Rep. Brian Mast, a conservative Republican who represents a coastal district north of Miami, said oil drilling off the Florida coast "puts our economy, environment and marine life at risk."

Democratic governors along the West Coast blasted the plan. In a joint statement, California Gov. Jerry Brown, Oregon Gov. Kate Brown and Washington Gov. Jay Inslee vowed to "do whatever it takes to stop this reckless, short-sighted action."

WILL THE PLAN BE APPROVED?

Thursday's proposal is a draft. There will be a period for public comments, and environmentalists and possibly officials in some coastal states are likely to sue. Some sensitive or politically unpopular parts of the plan, like drilling off California, could be jettisoned. Final approval is unlikely for months or even years.

DOES THE U.S. NEED THE OIL?

The oil industry likes the idea that these areas, long off-limits, could someday be home to drilling rigs. But interest in developing them right away would be stronger if oil were still over $100 a barrel, as it was in 2014, instead of current prices hovering around $60 per barrel.

"There will be some selective interest, but it's going to be limited in this price environment and the continued growth of shale," said Brian Youngberg, an oil-industry analyst with Edward Jones.

Advances in pumping oil and natural gas from shale formations have spurred huge growth in the U.S. energy industry. More efficient vehicles, tougher policies to limit climate change, and the growth of renewable energy mean that demand for oil could peak — although there are huge differences of opinion about when that might happen.

WOULD IT INCREASE U.S. PRODUCTION?

Even if the administration's leasing program is reduced by the comment process or lawsuits, experts think it could boost production, but not for several years at least.

Jason Bordoff, an energy expert at Columbia University and a former Obama administration official, said the size of the Trump administration's proposal is huge. "You're not going to see this much of the offshore opened to drilling or lease sales," he said.

Still, Bordoff believes some new areas are likely to be opened and that "could have an impact on U.S. production. But this is pretty far down the road — likely well into the 2020s."