Federal Report Details Cause Of Chemical Cloud In Kansas

The cloud caused more than 140 people to seek medical attention. 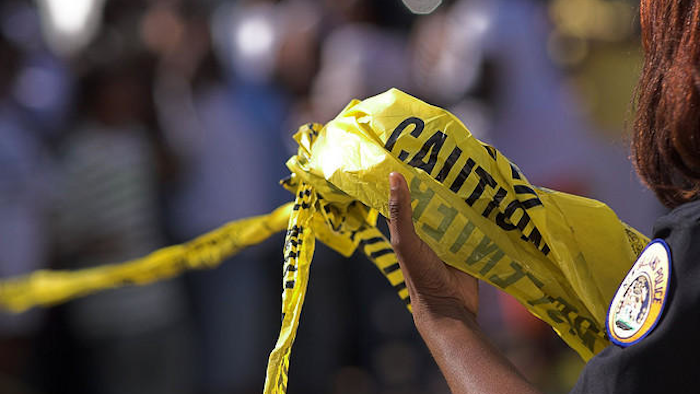 Small key rings that were missing from chemical storage tanks and a lack of attention to proper procedures were primary reasons a chemical cloud spread over a city in northeast Kansas in 2016, according to a federal report.

The cloud caused more than 140 people to seek medical attention and others to either stay indoors or evacuate Atchison for several hours.

MGPI Processing used metal key rings to secure pipelines to chemical storage tanks at the plant. The U.S. Chemical Safety and Hazard Investigation Board found that an employee opened one line to take delivery of sulfuric acid without realizing two other lines were open because the rings were missing.

So when a delivery truck driver for Harcros Chemicals arrived expecting to find only one unlocked line, he unknowingly allowed sulfuric acid into a tank containing sodium hypochlorite, according to the board's report. The two chemicals are incompatible and erupted into a cloud that spread over the Atchison area, The Kansas City Star reported .

One MGPI employee and five members of the public were hospitalized after the incident in Atchison, which is about 50 miles (80.5 kilometers) northwest of Kansas City.

The board's final report, which was released Wednesday, closely mirrors preliminary findings released in April. It details 11 lessons and improvements that can be learned from the incident and implemented at similar facilities across the nation.

Investigators also noted the MGPI employee and the delivery driver didn't follow procedures to ensure safe delivery of the chemicals.

The Chemical Safety Board report said both companies reached informal settlement agreements with the Occupational Safety and Health Administration in May. Terms of the agreements were not released.

The board doesn't take action against companies or issue penalties. The Environmental Protection Agency is still investigating the incident.

The board's report notes that MGPI Processing and Harcros have already implemented some recommendations, including changing line connections for sulfuric acid to "make it impossible for drivers to connect another delivery hose to that line."

MGP Ingredients, which owns MGPI Processing, said in a statement that said the company has worked closely with the board and other government agencies' to improve operations, including hiring an engineering firm to review its chemical unloading and storage methods.