Tax writers decided to maintain the highest personal income tax rate at its current 39.6 percent and to slash the top tax rate for corporations. 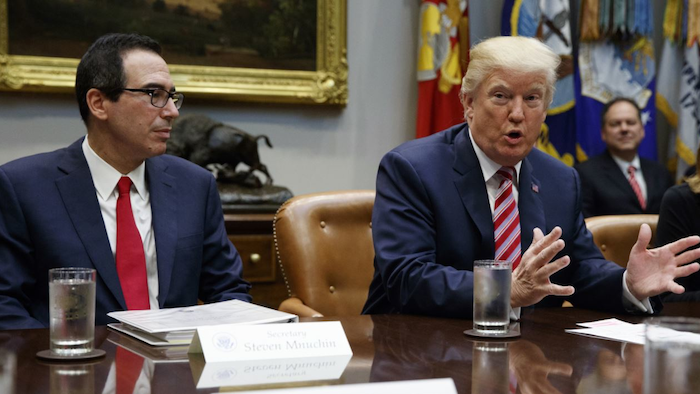 Furiously working to finish a tax bill, House Republicans have decided to keep the income tax rate for the wealthiest earners in the face of Democratic criticism that the overhaul pushed by President Donald Trump would benefit the rich.

Trump and the GOP consider a revamp of the nation's tax code, the first in three decades, a legislative and political imperative after the collapse this past summer of Republican attempt to repeal Barack Obama's Affordable Care Act. Republicans insist they must deliver on taxes to keep their congressional majorities in next year's midterm elections.

Health care was clearly a consideration in Trump's tweet Wednesday morning as he suggested repealing the requirement that Americans get health insurance or face a tax penalty.

The president wrote, "Wouldn't it be great to Repeal the very unfair and unpopular Individual Mandate in ObamaCare and use those savings for further Tax Cuts for the Middle Class. The House and Senate should consider ASAP as the process of final approval moves along. Push Biggest Tax Cuts EVER."

The idea of repealing the individual mandate has been pushed by one Republican senator, Arkansas' Tom Cotton. However, House Republican leaders see such a step as adding political complications to an already difficult task of crafting a tax bill that can pass the House and Senate.

"I think tax reform is complicated enough without adding another layer of complexity," said No. 2 Senate Republican John Cornyn of Texas.

The GOP blew past its self-imposed deadline for public release of the plan, with the rollout now set for Thursday. Trump set an ambitious by-Christmas timetable for passage of a major rewrite. It remains to be seen whether it will be the biggest tax cut ever as he claims.

Tax writers decided to maintain the highest personal income tax rate at its current 39.6 percent and to slash the top tax rate for corporations to 20 percent from 35 percent. They strained to complete other last-minute changes, but failed to finalize details to meet their Wednesday deadline for a public release.

"We are making excellent progress. We are very close," said Rep. Kevin Brady, R-Texas, chairman of the tax-writing Ways and Means Committee. "A lot of work remains with the drafters, they are continuing to work through the night. We are moving forward." The committee plans to vote on the bill next week, he said. 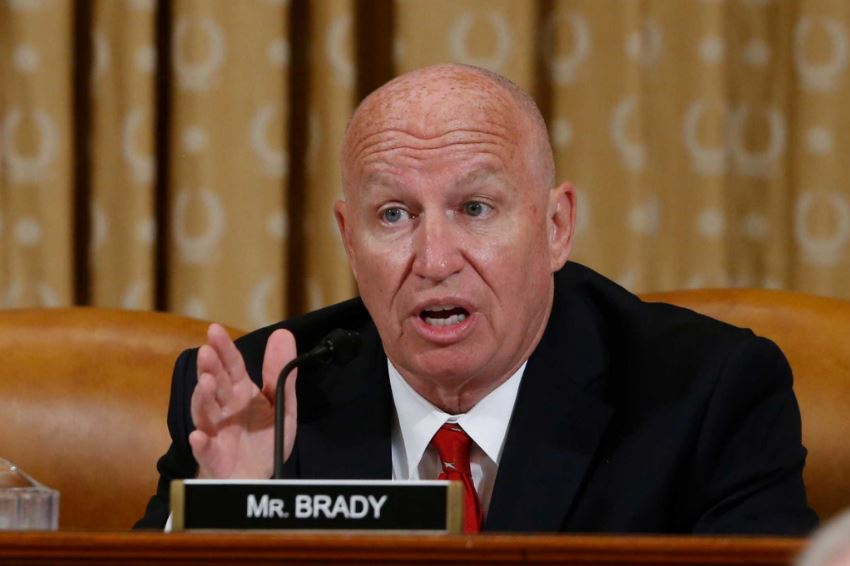 Details such as those applying to each tax bracket will be essential to evaluate how the tax plan will benefit average individuals and families.

The plan outline released last month by Trump and Republican leaders in Congress called for shrinking the number of tax brackets from seven to three or four, with respective tax rates of 12 percent, 25 percent, 35 percent and to be determined. The tax system would be simplified, and most people would be able to file their returns on a postcard-sized form.

The plan calls for nearly doubling the standard deduction used by most average Americans to $12,000 for individuals and $24,000 for families, and increasing the per-child tax credit. In addition to slashing the corporate tax rate, it also seeks to repeal inheritance taxes on multimillion-dollar estates, a big break for the wealthy.

The president said he was hopeful the House will approve the tax bill by Thanksgiving. But his overly optimistic timetable didn't address the concerns of lawmakers from states such as New York and New Jersey, who have opposed a proposal to eliminate the federal deduction for state and local taxes, arguing it would hurt their constituents and subject them to being taxed twice.

A battle has continued over contributions to 401(k) retirements accounts. The financial industry and some Republican lawmakers insist that the GOP plan not change the tax benefits of the popular savings vehicles, as has been floated by GOP leaders.

"I am genuinely somebody who can get to yes. I would like to see us do tax reform but to get to yes, I have to conclude that this is fair to my constituents and my state," Rep. Tom MacArthur, R-N.J., said Wednesday. "There are enough of us standing together that they know they have to get this right if they want to have our votes."

The president set an aggressive timetable for the legislation and predicted a grand signing ceremony before Christmas at "the biggest tax event in the history of our country."

Late Tuesday after word came of the delay, Trump renewed his cheerleading on Twitter.

"The Republican House members are working hard (and late) toward the Massive Tax Cuts that they know you deserve. These will be biggest ever!"

The plan drew immediate criticism from Democrats, who complained it was too favorable to the wealthy and contradicted Trump's rhetoric of bringing relief and economic benefit to the stressed middle class.

Brady did not answer directly when asked whether the drop in the corporate tax rate would happen immediately or be phased in. But, he said: "I want as much growth right from Day One as I can."