The high-speed rail authority's board will vote Oct. 19 on whether to approve a $30 million contract with DB Engineering & Consulting USA. 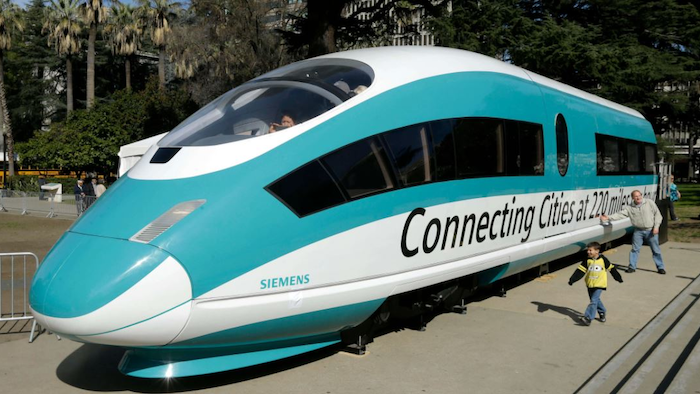 The agency overseeing California's bullet train project recommended Friday that a U.S. subsidiary of a German rail company design and operate a train segment from the Central Valley to Silicon Valley in its early stages.

The California High-Speed Rail Authority's board of directors will vote Oct. 19 on whether to approve a $30 million contract with DB Engineering & Consulting USA. It's the U.S. arm of rail giant Deutsche Bahn AG, which is owned by the German government.

Chinese, Italian and Spanish companies also competed to lend California expertise in building the United States' first high-speed train. California's quest to connect Los Angeles to San Francisco in under three hours, a priority for Gov. Jerry Brown, has been plagued by repeated cost increases, delays and staff turnover. The agency has been searching for a new chief executive for months.

The $64 billion project is now slated for completion by 2029. Construction is underway on a 32-mile segment between Madera and Fresno counties.

The agency hopes bringing on a company with experience in the high-speed train industry will ensure the design phase and early operations of the train go smoothly.

If approved, DB Engineering will help design stations, thinking about needs such as parking and food. It will set up a ridership model and evaluate the best means of collecting revenue, from hiring ticket-collectors to allowing for mobile ticketing. It will also help the authority market and brand the rail project, according to the contract.

The contract cost is $30 million over six years. Some rail board members questioned at a June meeting whether that price was realistic for the scope of the project.

After the initial design phase, DB Engineering would help with track and train testing, and run the train in its early stages from the Central Valley to Silicon Valley. The state would then competitively bid again for a long-term operator, according to the contract.

Deutsche Bahn did not immediately respond to a request for comment.