The Falcon rocket and a satellite were destroyed in the Sept. 1 explosion, which occurred on the pad two days before the scheduled liftoff. 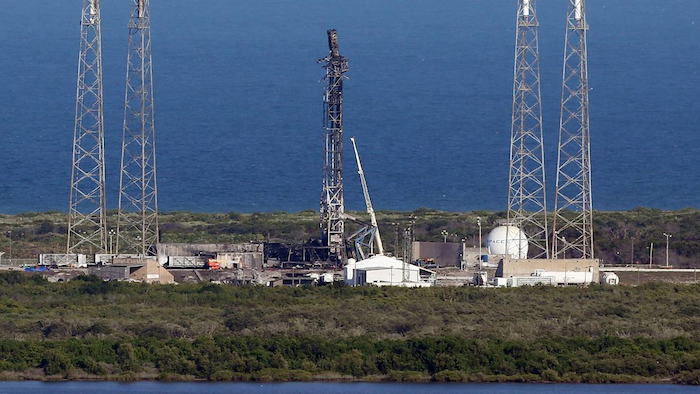 SpaceX said Friday that evidence points to a large breach in the rocket's helium system during a routine prelaunch test that turned into a devastating fireball three weeks ago.

The Falcon rocket and a satellite were destroyed in the Sept. 1 explosion, which occurred on the pad two days before the scheduled liftoff. Most of the wreckage has been recovered and is being analyzed.

In an update Friday, SpaceX said it's still poring through video, audio and data from the moment the first sign of a problem occurs, until the actual fireball. That timeline covers less than one-tenth of one second. The data and debris indicate "a large breach" in the helium system of the second-stage liquid oxygen tank.

"All plausible causes are being tracked," the company said on its website. There is no connection, the company stressed, with last year's failed launch. That Falcon 9 rocket was enroute to the International Space Station with supplies when it ruptured a few minutes into flight.

In that case, a support strut for a helium bottle apparently snapped in the second-stage oxygen tank, dooming the rocket. Helium is part of the pressurization system.

While the launch pad was damaged, nearby support buildings and fuel tanks were unscathed, according to the company. The control systems at the pad are also in decent condition. No debris appears to have strayed beyond the SpaceX-leased Launch Complex 40 at Cape Canaveral Air Force Station. Ground crews had been fueling the Falcon for a brief test-firing of the rocket's engines; the launch pad was clear of workers for the test. 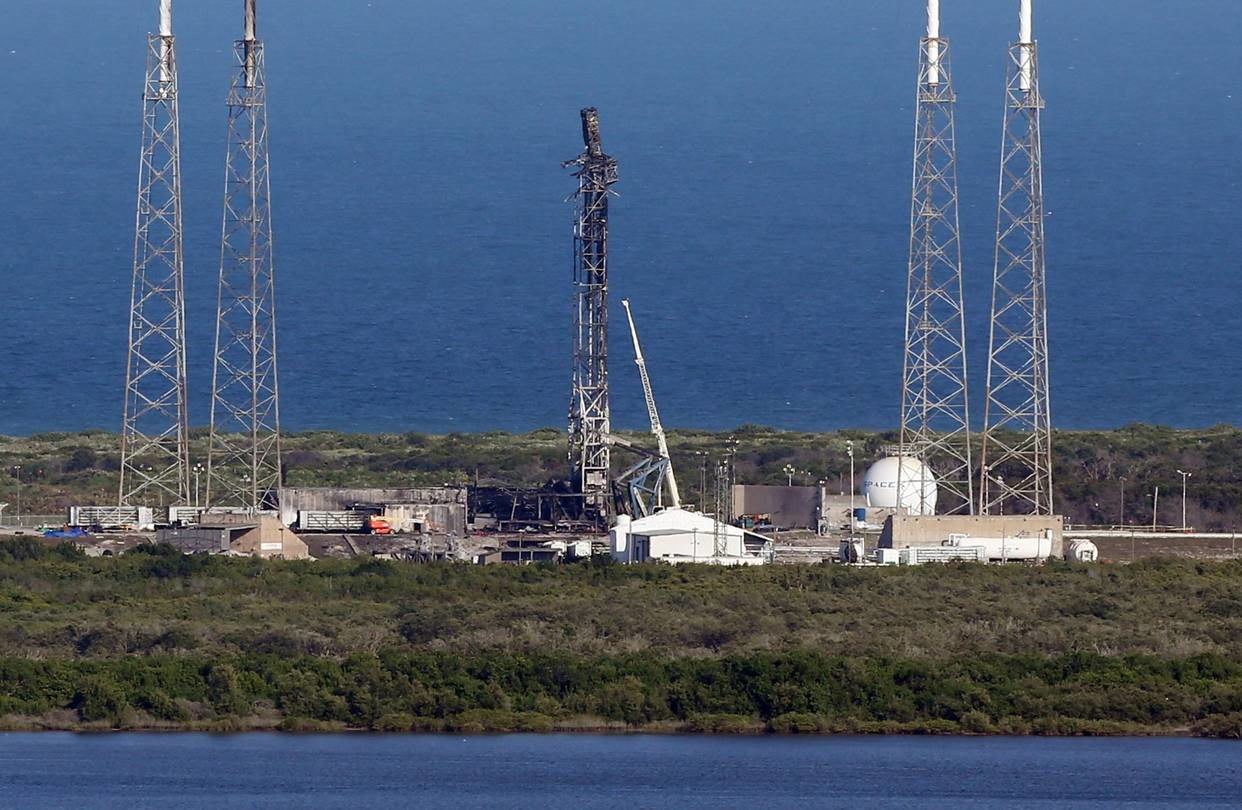 SpaceX continues to work on another pad, this one at neighboring Kennedy Space Center and once used to launch shuttles. It could be ready to support Falcon launches as early as November, depending on how the investigation goes. It is also preparing a launch pad in California.

Launches will resume "as quickly as responsible" once the cause of the accident is pinpointed, the company said.

SpaceX chief Elon Musk has called this the most difficult and complex failure in the private company's 14-year history. Meanwhile, he is scheduled to address the International Astronautical Congress in Mexico on Tuesday, presenting his ideas for colonizing Mars and making humans an interplanetary species — his overriding ambition.