Duke Energy denies that the 112 million tons of coal ash in its 33 storage pits are polluting water supplies. 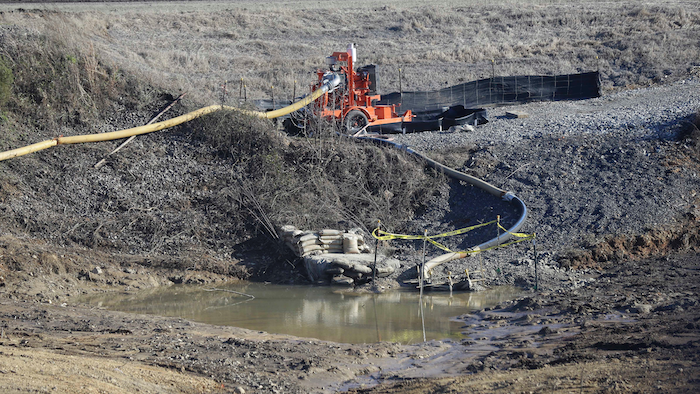 A drainage pipe that was the original culprit of the coal ash spill is seen at the Dan River Steam Station in Eden, N.C. (AP Photo/Gerry Broome)

The nation's largest electric company is negotiating with North Carolina's environment agency over a $6.6 million fine to punish Duke Energy for a big spill of liquefied coal ash.

Attorneys for both sides said delaying Monday's scheduled hearing may help resolve the disputed fine for polluting the Dan River in 2014. Duke Energy Corp. has called the proposed fine disproportionate and arbitrary.

Spokeswomen for the company and the state Department of Environmental Quality declined comment on the scope of the negotiations.

The agency later reduced that fine to $7 million and agreed it would cover groundwater contamination at all 14 coal-burning Duke Energy plants in North Carolina. Environmental groups called that a sweetheart deal for the company where Republican Pat McCrory had worked for nearly three decades before running for governor.

McCrory's environmental agency said it was forced to reduce the fine because of a policy adopted under McCrory's Democratic predecessor that favors offenders taking corrective action over paying fines. 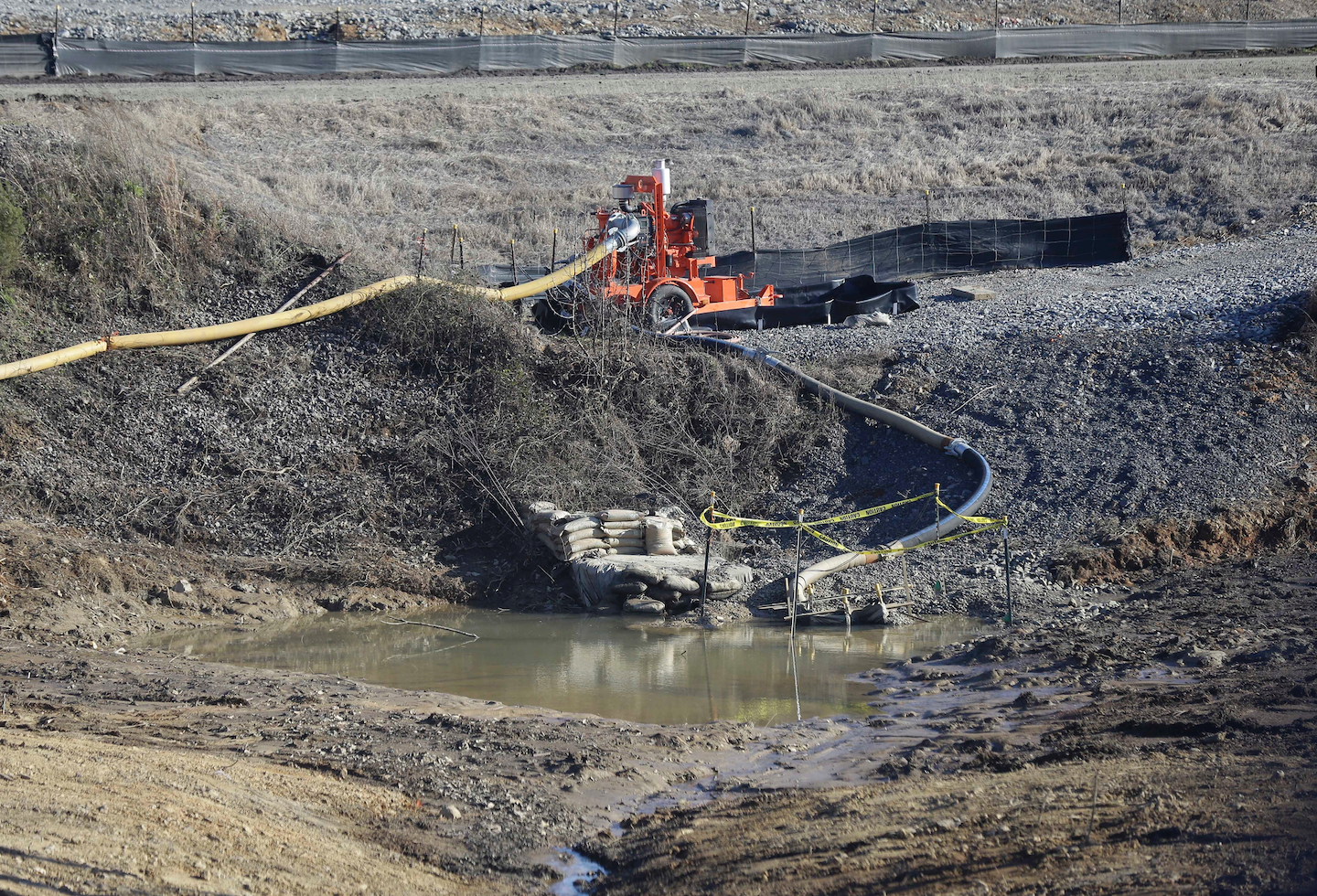 A drainage pipe that was the original culprit of the coal ash spill is seen at the Dan River Steam Station in Eden, N.C. (AP Photo/Gerry Broome)

Attorneys for Duke Energy, a $57 billion corporation in terms of market capitalization, said DEQ has again exceeded its authority "in an effort to ratchet up the Dan River penalty to a newsworthy amount."

North Carolina officials began pursuing stronger regulations and enforcement of coal ash after a pipe burst at a holding pit at Duke Energy's power plant in Eden in 2014, coating 70 miles of the Dan River in more than 30,000 tons of sludge.

Coal ash is what's left after burning coal for electricity and can contain toxic chemicals including arsenic, chromium and lead.

Duke Energy denies that the 112 million tons of coal ash in its 33 storage pits are polluting water supplies. But it did admit to violations related to the Dan River spill when it pleaded guilty to federal pollution misdemeanors in May 2015 and agreed to pay $102 million in fines and restitution, the state agency said.

The state is proposing daily penalties dating back to January 2012 for these pollution violations. The company says that's improper.