Auto safety investigators in two countries have another potentially deadly air bag problem to deal with. 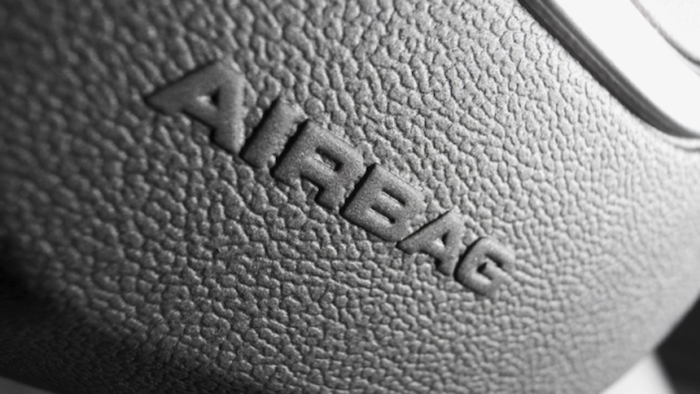 Auto safety investigators in two countries have another potentially deadly air bag problem to deal with.

Investigators in the U.S. and Canada are looking into a crash in the Canadian province of Newfoundland in which a woman was killed by an exploding air bag inflator made by ARC Automotive Inc. of Knoxville, Tenn.

As many as 8 million ARC inflators are under scrutiny in the U.S., mainly in older cars, although it hasn't been determined how many of those are defective. Although the results are similar, the ARC problem is different from one that resulted in the recall of 69 million inflators in the U.S. made by Takata Corp.

Authorities say the Canadian woman was killed July 8 when the ARC inflator ruptured and sent metal shrapnel into the passenger cabin of 2009 Hyundai Elantra she was driving. Investigators from both countries are trying to figure out why the inflator blew apart.

The death and investigations raise more questions about the safety of air bags, which rely on explosions that fill air bags to protect people in crashes. It also brought new urgency to a probe opened last year by the U.S. National Highway Traffic Safety Administration after an Ohio woman was injured by an ARC inflator. The U.S. safety agency on Thursday upgraded its investigation to an engineering analysis, a step closer to a recall.

NHTSA said it is focusing on determining the entire population of ARC inflators in the U.S., which it estimates at 8 million in older vehicles made by General Motors, Fiat Chrysler, Hyundai and Kia.

"Should a safety defect be found, owners will be notified," the Canadian safety agency said in a statement.

U.S. investigators began looking at ARC inflators in July of last year after getting reports that the Ohio woman was seriously hurt when her 2002 Chrysler Town & Country minivan crashed and the inflator ruptured. The agency said it also found another injury involving someone in a 2004 Kia Optima midsize car. In both cases, the inflators were made at ARC's factory in Knoxville, according to agency documents.

In the probe, NHTSA focused on inflators made from 2000 until September of 2004. The population includes about 2.6 million that were sold to General Motors.

According to NHTSA, the Elantra in the Newfoundland crash had an ARC inflator that was made in China, but it's unknown whether any of the same inflators were used in vehicles sold in the U.S. ARC has confirmed that the Canadian Elantra inflator "was substantially the same design" as the one used in at least one other U.S. model, the 2004 Optima.

Hyundai said the 2009 Elantra in the U.S. has a two-stage air bag inflator, not a single-stage one like the Canadian version. The automaker said it's cooperating with both investigations.

NHTSA said in a statement that it would direct the collection and testing of ARC inflators as it tries to determine what caused them to explode with too much force. The agency said it will focus on determining the entire population of ARC inflators in the U.S. and whether any inflators made in China were sold in the U.S.

Takata inflators have been blamed for at least 11 and as many as 14 deaths worldwide, as well as hundreds of injuries. Takata uses the explosive chemical ammonium nitrate to inflate air bags, but the chemical can degrade over time and burn too quickly, blowing apart metal inflator canisters.

ARC uses a small amount of ammonium nitrate to ignite another chemical that inflates air bags, and authorities say they are not looking at ammonium nitrate as the cause. They are looking into whether a manufacturing problem causes a vent to become blocked in the ARC inflators. With no place for the gas to escape, a metal inflator canister can be blown into pieces.

Documents show that the Chrysler incident with an ARC inflator happened Jan. 29, 2009, in Ashtabula, Ohio. A man complained in writing to NHTSA that his wife was hurt by shrapnel when the air bag deployed after their van collided with a snowmobile. "Most of the shrapnel went into her chest, with the air bag plate breaking apart, striking her in the chin, breaking her jaw in three places," wrote the man, who was not identified. "If it hadn't been for a great ambulance crew, she would have bled to death."

NHTSA still believes that air bags save lives and do more good than harm. Mark Rosekind, the agency's administrator, told an auto industry conference near Traverse City, Michigan, on Wednesday that air bags top a list of new technologies responsible for saving 613,501 lives.