GNC, which has seen its stock halved over the past year, says its CEO will leave after a failed turnaround attempt. 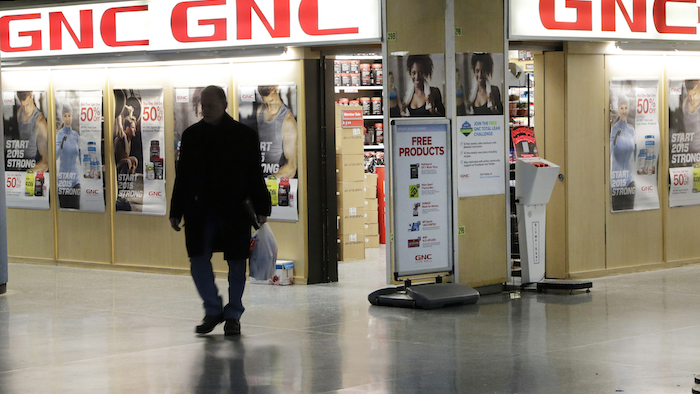 GNC, which has seen its stock halved over the past year, suspended its guidance for the year its chief executive is leaving the company after a failed turnaround attempt.

Michael Archbold, who joined the company less than two years ago, will step down and he has resigned from the board. Robert Moran, an independent director who once led PetSmart, will step in as interim CEO.

The company may be positioning itself for a sale and said Thursday that a strategic review process is ongoing.

Sales at comparable stores have been under pressure and the company said Thursday that they declined 3.7 percent at stores owned by the company. At franchised locations, same-store sales slumped 6.6 percent.

"Our results for the quarter were disappointing and we are focused on addressing those areas where we can drive a meaningful impact on the business in the shortest period of time," Moran said in a company release. "We clearly have work to do to reverse the current trends."

Earnings, adjusted for one-time gains, were 79 cents per share. That topped the 76 cents per share that analysts surveyed by Zacks Investment Research expected.