Wildfire Near CA Oil Refinery Burning Out Of Control

ExxonMobil has evacuated non-essential employees, and those that remain are helping protect it against the flames. 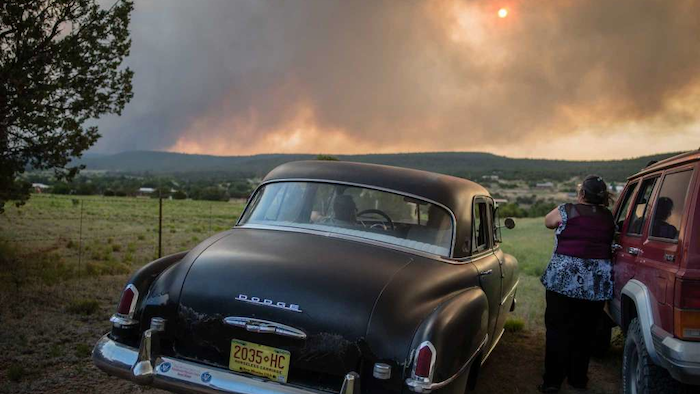 The so-called "Dog Head Fire" in part of the Cibola National Forest east of Los Lunas started Tuesday and grew to over a square mile by Wednesday morning after its growth slowed overnight. (Roberto E. Rosales/The Albuquerque Journal via AP)

A California wildfire spurred by strong gusts mushroomed in size and burned out of control Thursday in a remote coastal area west of Santa Barbara, forcing the evacuations of hundreds of campers, some homes and an oil refinery as it crept toward the ocean.

Winds and rising temperatures across the dry Western U.S. also worsened wildfires in other states. A blaze in central New Mexico grew to more than 3 square miles and forced residents to flee at least 50 homes after sending up a towering plume of smoke that blanketed the state's largest city in a thick haze.

In eastern Arizona, a small community was evacuated and residents of five others were told to prepare to leave after a wind-whipped wildfire charred nearly 4 square miles within hours Wednesday. Fires also had threatened homes in Nevada and Utah. 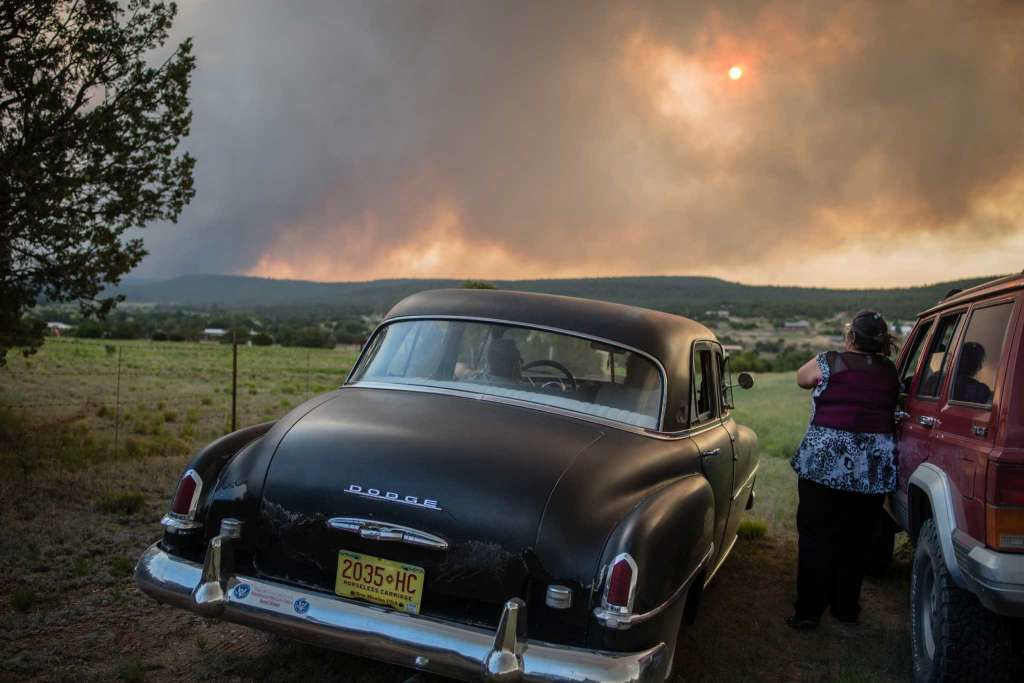 The so-called "Dog Head Fire" in part of the Cibola National Forest east of Los Lunas started Tuesday and grew to over a square mile by Wednesday morning after its growth slowed overnight. (Roberto E. Rosales/The Albuquerque Journal via AP)

Heat and wind were expected to pose problems for crews in those states and California, where there was no containment of the nearly 2-square-mile blaze outside Santa Barbara.

Cooler temperatures gave firefighters a break early Thursday, and water-dropping aircraft were expected to resume runs after sunrise. But officials warned that the conditions would not last.

Zaniboni said he didn't have a specific number of residences or people affected but that the oil refinery has a cleared buffer zone. 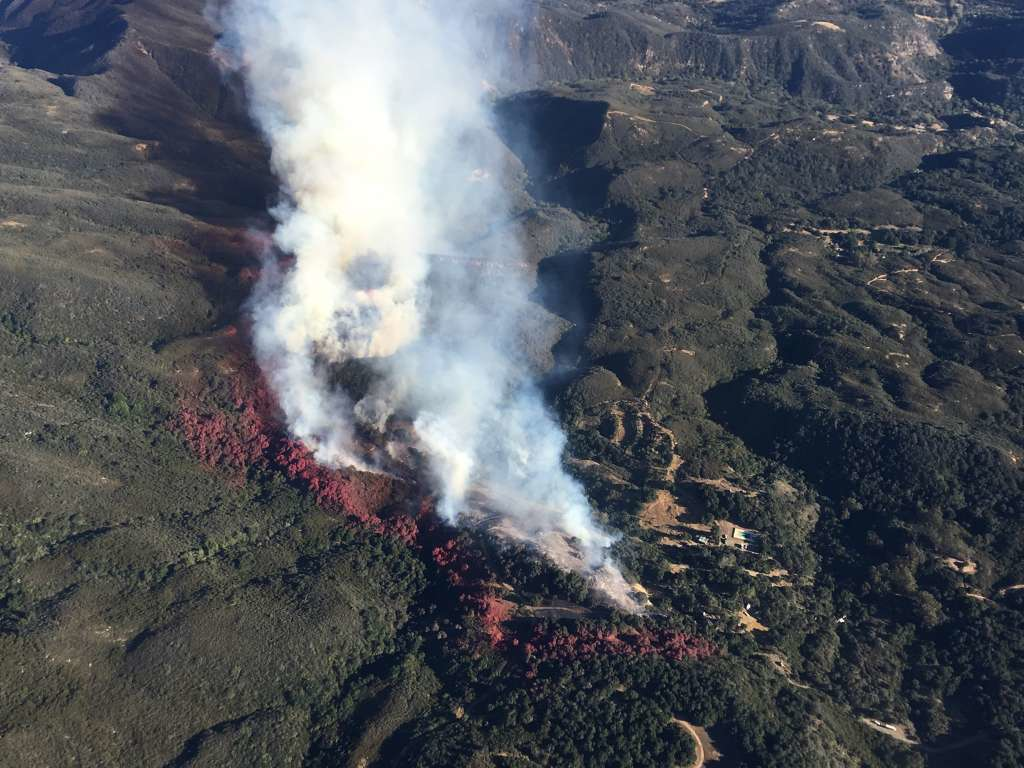 "The refinery has fire around it and companies in place protecting it," he said.

ExxonMobil has evacuated non-essential employees, and those that remain are helping protect it against the flames, company spokesman Todd Spitler said.

"Our primary concern is for the safety of our employees, contractors and the environment," Spitler said.

Some campers taking advantage of the outdoors decided to leave earlier Wednesday before campgrounds were evacuated.

"It's completely smoked out up there, so we decided to take the kids and get out of there," Ted Bayard told KEYT-TV from his driver's seat as his family left popular El Capitan State Beach.

About 50 horses were evacuated from a ranch and taken to a shelter that has been set up at the county fairgrounds. State Route 101 also was closed in both directions near the city of Goleta.