This push for a permanent ban on oil-by-rail comes in the wake of a recent fiery train derailment along the Columbia River. 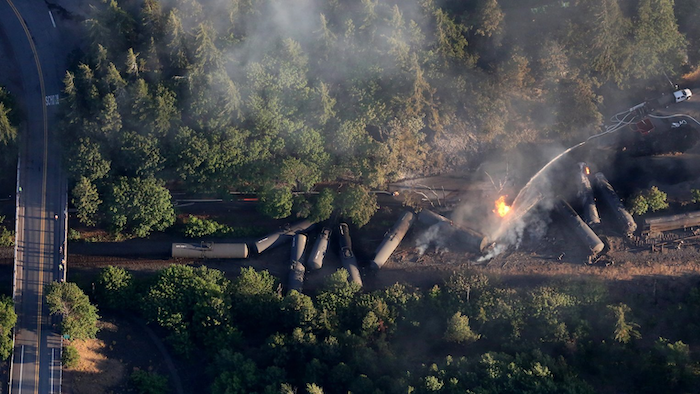 Portland and Multnomah County leaders on Tuesday urged the governors of Oregon and Washington to push Congress for a permanent ban on oil-by-rail in the wake of a fiery trainderailment along the Columbia River.

The June 3 derailment in the town of Mosier showed transporting oil by train is dangerous and unnecessary and should be prohibited by the federal government, Portland Mayor Charlie Hales and Multnomah County Chair Deborah Kafoury said at City Hall, alongside other government and health officials.

Nobody was injured in the derailment, but it affected water and sewer systems and forced evacuations.

The officials called on Oregon Gov. Kate Brown and Washington Gov. Jay Inslee to work with the Obama administration and Congress on a permanent ban, and to block permits and oppose the several oil-related projects proposed in their states. They cited plans for the Tesoro-Savage oil terminal in Vancouver, Washington.

"At a time of acute concern about toxins in our water and in our air, we do not need to add to that list," Hales said. "No transportation system is ever 100 percent safe. ... That's why it's a fundamentally wrong idea to be moving explosive fossil fuels by rail."

Portland, Cascade Locks and Mosier are among several localities that recently passed resolutions calling for bans and rallying higher-ranking government officials to get behind them.

One million gallons of Bakken crude oil — the type involved in the Mosier derailment that Kafoury characterized as "much more volatile" than conventional oil — roll along the Multnomah County train tracks every week. A half-million Oregonians live nearby, plus thousands more around the tracks in Washington. 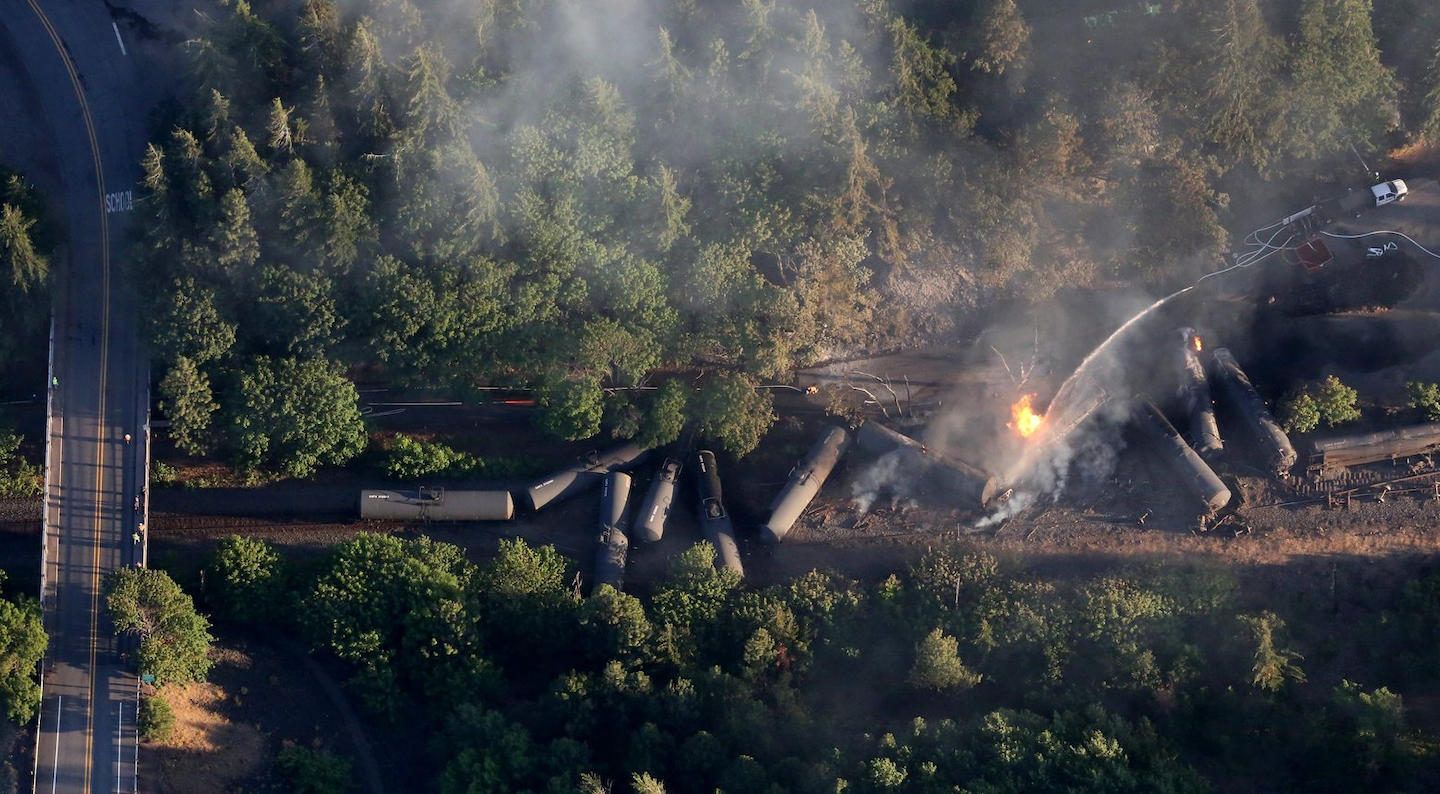 Officials said the U.S. and Canada have seen more than a dozen oil train derailments in the past two years. They said the Tesoro-Savage terminal in Vancouver would bring an additional 15 million oil gallons to the area and could lead to many more derailments over the years.

"With so many people in Portland living near the tracks, we can't close our eyes to the risks of these trains and hope that we, again, get lucky — if you can call it that," Kafoury said.

Following the Union Pacific derailment in Mosier, Brown called for a temporary moratorium on oil trains in the Columbia River Gorge until it's confirmed the rails are safe. In a statement Tuesday, Brown expressed concerned about the Tesoro proposal and said she is closely monitoring its developments.

As for pressing a ban, Brown said federal rules that would enhance rail safety are either in litigation or are yet to be completed.

"I will continue to push the U.S. Department of Transportation and other federal authorities to take action that puts fewer Oregonians at risk of a dangerous crash in their backyards," she said.

Inslee spokeswoman Tara Lee said it's unlikely the governors even have authority for a moratorium on railways.

"Last week, Gov. Inslee spoke by phone with CEOs of Union Pacific and Burlington Northern," Lee said. "He made the push for the same three things we've been pushing the federal government on: Trainsneed to slow down; electronic brakes; quicker phase-out of older cars."

"If a customer delivers a crude oil tank car in conformity with U.S. Department of Transportation requirements, Union Pacific is obligated to transport the rail car to its destination," Jacobs said in a statement.