VW Requests UAW Vote By All Employees Of Tennessee Plant

The UAW formed Local 42 in Chattanooga to work toward representing all blue-collar workers at the plant. 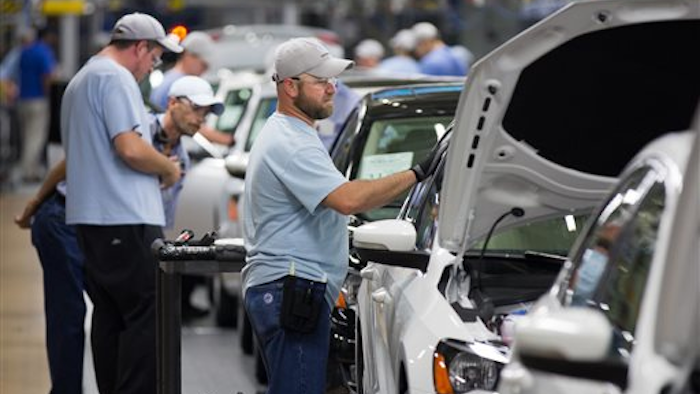 Volkswagen on Monday objected to a request from a small group of maintenance workers at its lone U.S. assembly plant to hold a vote on representation by the United Auto Workers union. The German automaker is instead calling for a full vote by all maintenance and production employees at the plant.

"We believe that the maintenance-only unit requested in the petition is not consistent with our One Team approach at Volkswagen Chattanooga," the company said in a statement to the National Labor Relations Board.

The board is holding a hearing on the maintenance workers' request on Tuesday in Chattanooga. A UAW spokesman declined to comment on Volkswagen's statement.

The full contingent of eligible workers at the plant voted against joining the UAW 712-626 last year after an acrimonious campaign in which Republican politicians and anti-labor groups lobbied heavily against the UAW gaining a foothold at the plant. The union has been thwarted for decades in its efforts to represent workers at foreign-owned auto plants in the South.

After losing that vote, the UAW formed Local 42 in Chattanooga to work toward representing all blue-collar workers at the plant. The chapter is recognized under a labor policy VW created at the plant, but has no collective- bargaining rights. Last month, the maintenance workers, classified by VW as "skilled trades" employees, sought and won permission to ask for a vote on official UAW recognition.

"Volkswagen's policy in Chattanooga was a gesture, and our local union has engaged accordingly," Gary Casteel, the secretary-treasurer of the UAW, said that the time. "At the end of the day, the policy cannot be a substitute for meaningful employee representation and co-determination with management."

Volkswagen has been heavily criticized by some GOP politicians in the state for not taking a stronger position against previous unionization efforts at the plant.

But managers at the Chattanooga facility did speak out against the special vote for maintenance workers in a "special communication" to the plant workers last week.

"The company finds the timing of this development unfortunate, given the challenges we are facing as a plant, brand and group," said the memo signed by plant CEO Christian Koch and human resources chief Sebastian Patta. They said that unlike in the previous vote, no pre-election agreement has been struck between the parties.