Palisades Nuclear Plant Back In Service After $58M Project

Entergy says the plant shut down automatically due to a failure in the turbine generator system. 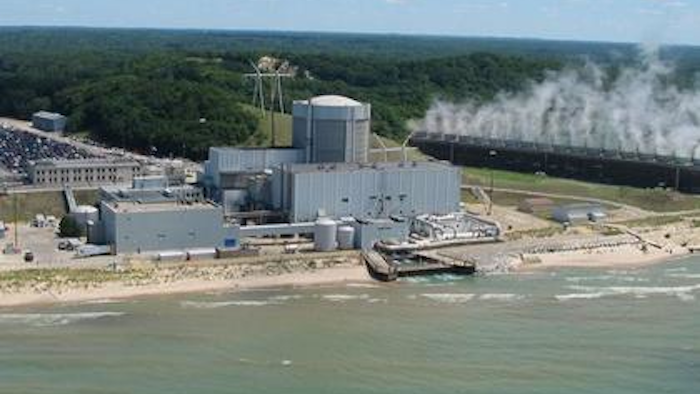 Palisades nuclear power plant in southwestern Michigan has returned to service after a $58 million refueling, maintenance and inspection project.

New Orleans-based Entergy, which owns the plant, has said it shut down automatically Sept. 16 due to a failure in the turbine generator system — a non-nuclear, non-safety related system. Entergy used the shutdown to get a start a few days earlier than planned on the project.

Safety upgrades ordered after the Japanese nuclear accident at Fukushima in 2011 also were made.

Entergy says the plant in Van Buren County's Covert Township on the shore of Lake Michigan was reconnected to the grid Monday night.