The cause of the blast is still under investigation. 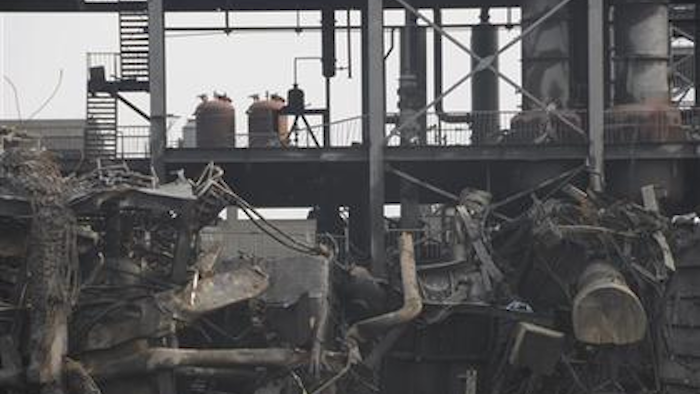 The death toll from an explosion at a chemical factory in eastern China has risen to five and the cause of the blast is still under investigation, state media reported Wednesday.

The official Xinhua News Agency said Wednesday that at least five people had been confirmed dead, citing the publicity department of Dongying city government, which administers Lijin. On Tuesday the toll was reported as one.

The Tianjin blasts killed at least 159 people. The warehouses were closer to homes than is allowed under safety regulations, and they were storing too much hazardous material.