Farmers expect to get an answer today on their offer to cut their water usage. 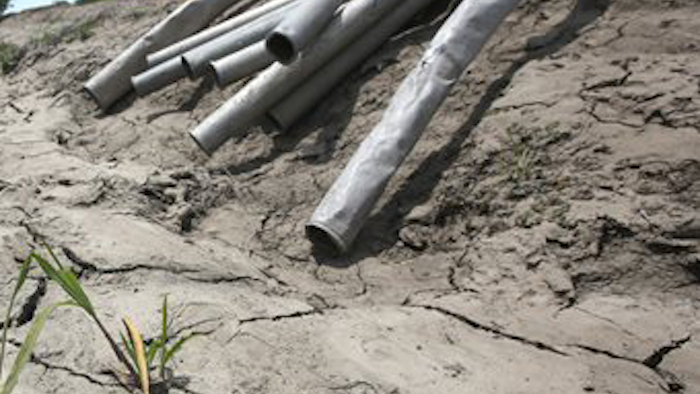 Farmers along the river delta at the heart of California agriculture expected to get an answer Friday on their surprise offer to give up a quarter of their water this year in exchange for being spared deeper mandatory cutbacks as California responds to the worsening drought.

Regulators with the state Water Resources Control Board promised a decision on the proposal by a group of farmers along the delta of the Sacramento-San Joaquin rivers — a rare concession by holders of some of California's strongest water rights.

For the first time since a 1977 drought, California regulators are warning of coming curtailments for such senior water-rights holders whose claims date back a century or more.

Earlier in the current drought, the state mandated 25 percent conservation by cities and towns and curtailed water deliveries to many farmers and communities with less solid claims to water.

The most arid winter on record for the Sierra Nevada snowpack means there will be little runoff this summer to feed California's rivers, reservoirs and irrigation canals. As of Thursday, the U.S. Drought Monitor rated 94 percent of California in severe drought or worse.

About 350 farmers turned out Thursday at a farmers' grange near Stockton to talk over the delta farmers' bid to stave off deeper cuts.

"That doesn't necessarily mean they'll all participate" in the proposed voluntary cutbacks, said Michael George, the state's water master for the delta. Based on the farmers' comments, George said, he believed many will.

If the deal offered by farmers goes forward, delta farmers would have until June 1 to lay out how they will use 25 percent less water during what typically is a rain-free four months until September.

The delta is the heart of the water system in California, with miles of rivers interlacing fecund farmland. Its water is critical to wildlife and farmers in the country's most productive agriculture state.

Agriculture experts, however, say they would expect only modest immediate effects on food prices from any reduction in water to the senior water-rights holders. Other regions will be able to make up the difference if California moves away from low-profit crops, economists say.

State officials initially said they would also announce the first cuts of the four-year drought to senior rights holders on Friday. Water regulators said Thursday, however, that the announcement involving farmers and others in the watershed of the San Joaquin River would be delayed until at least next week.

It is unclear whether the delta farmers' offer would go far enough to save drying, warming waterways statewide.

Farmers use 80 percent of all water taken from the land in California. Senior water-rights holders alone consume trillions of gallons of water a year. The state doesn't know exactly how much they use because of unreliable data collection.

The 1977 cutback order for senior rights holders applied only to dozens of people along a stretch of the Sacramento River.

Although thousands of junior water rights holders have had their water curtailed this year, Gov. Jerry Brown has come under criticism for sparing farmers with senior water rights from the mandatory cutbacks. Increasing amounts of the state's irrigation water goes to specialty crops such as almonds, whose growers are expanding production despite the drought.