Wood-burning stoves have ignited a debate between the Obama administration and South Dakota lawmakers who oppose new regulations that would require more efficiency from an iconic feature of many rural homes. 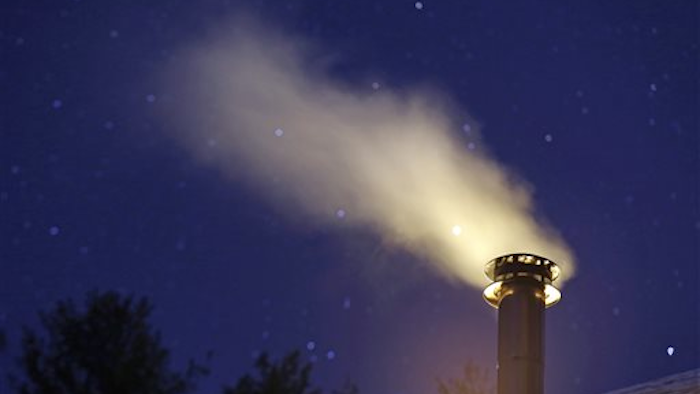 WASHINGTON (AP) -- Wood-burning stoves have ignited a debate between the Obama administration and South Dakota lawmakers who oppose new regulations that would require more efficiency from an iconic feature of many rural homes.

The dispute has crackled since January, when the Environmental Protection Agency proposed rule changes that would dramatically tighten emissions requirements on new wood-powered heaters, though does not impact ones already in homes. The EPA estimates that as much as 13 percent of all soot pollution in the U.S. is a result of inefficient wood-fired stoves and boilers.

The dispute pits several mostly urban states, mainly in the northeast, against some rural states such as South Dakota, which says the rules would impose an unfair burden on people in remote areas. About one in four South Dakota homes has a fireplace or wood stove.

Among those opposed to new rules are South Dakota Republicans Sen. John Thune and Rep. Kristi Noem, who say the new requirements will have a big impact on South Dakotans who rely on wood stoves during the long winter.

"Leave it to the EPA to impose more regulations on an affordable and renewable fuel source after one of the coldest winters on record and a costly propane shortage," Noem said.

"South Dakota and many other states are continuing to deal with a propane shortage, which has resulted in record-high propane prices," Thune wrote. "Many families turn to secondary sources of heat, such as wood stoves, when propane and heating fuel prices increase." Residential propane prices surged this winter to $4 a gallon, nearly double the typical rate.

Sen. Tim Johnson, the delegation's lone Democrat, was more measured. In a statement, Johnson noted the proposed regulations would apply only to new heaters. He said final standards should ensure that heaters remain "achievable for manufacturers and affordable for folks looking to purchase new wood stoves."

The regulations the EPA has on the books date back to 1988, and don't take into account some wood-burning devices that weren't in use back then. The proposed rules would give manufacturers five years to make products that reduce emissions by approximately 80 percent. It would apply to wood heaters, including outdoor and indoor wood-fired boilers, known as hydronic heaters. The changes would only apply to new stoves and rules would not impact outdoor fireplaces, fire pits or other types of outdoor fire containers.

There are roughly 12 million homes in the U.S. with wood stoves overall. Of those, as many as 9 million are less than half as efficient as more modern stoves, according to the EPA. About 2 percent U.S. homes rely on wood as their primary heating source, a number that has risen in the last 10 years.

Mike Hindbjorgen works at The Fire Emporium, a Sioux Falls, S.D. store that sells a variety of stoves, including wood-fired models. He said the overall trend he has seen has been away from wood stoves to models powered by natural gas. But he said his store still sees rural clients who have been affected by increased propane prices who are interested in wood models.

"When they took that shock on propane prices, a lot of them were thinking three or four grand for a new wood stove makes sense," said Hindbjorgen, 46. "The price of propane is jumping around ... they're trying to put a budget together."

Manufacturers and politicians in states with large rural populations have remained skeptical of new regulations and opposed to changes.

In Missouri, more than three dozen lawmakers co-sponsored a bill declaring that "All Missourians have a right to heat their homes and businesses using wood-burning furnaces, stoves, fireplaces and heaters." Democratic and Republican members of Congress from Maine, Montana and Missouri have also expressed concerns about the EPA's proposal.

At the same time, other states have called on the EPA to move more quickly against pollution caused by wood-fired boilers.

The EPA has been careful to note the new regulations won't require people to buy new devices, just put more efficient models in when they replace old stoves. The agency has said the changes are needed to lower emissions and improve air quality.

The comment period on the new regulations is drawing to a close and the EPA will then move to the next phase of its rule making process.