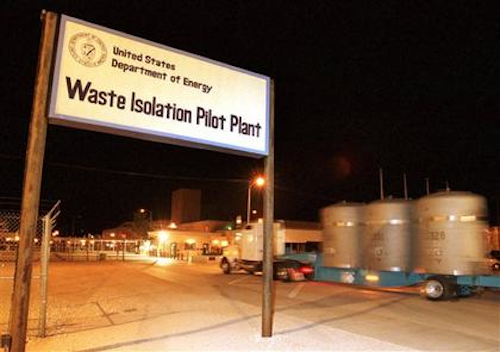 Department of Energy officials say a monitoring station picked up elevated radiation readings around the Waste Isolation Pilot Plant near Carlsbad on March 11. That's nearly a month after a Valentine's Day leak contaminated 17 workers and shut the only repository for toxic waste from the nation's nuclear bomb-building program.

Engineers say they believe the contamination is from previous deposits on the inner surface of exhaust ductwork.

Officials say occasional low-level releases are anticipated, but they should be well within safe limits.

The plant has been shuttered since early February. Shipments were halted after a truck hauling salt through the repository's tunnels caught fire. Nine days later, the plant's alarms were triggered by the radiation release.