As many as 2,800 people across Japan may have been sickened by the tainted food, including pizzas, croquettes and pancakes manufactured at the plant in Gunma prefecture, north of Tokyo. Abe is suspected of lacing the food with poison four times in October. 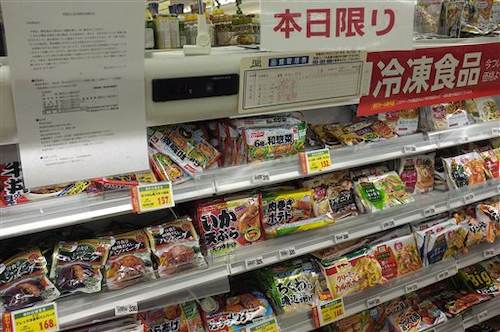 TOKYO (AP) -- Japanese police arrested a factory worker at a plant that churned out food laced with pesticide, which led to massive poisoning and a recall of more than 6 million packages of frozen food.

Police on Sunday identified the suspect as Toshiki Abe, 49, a worker at the subsidiary of Maruha Nichiro Holdings Inc., where the tainted food was found. Abe was arrested Saturday and has denied the charges, police said.

As many as 2,800 people across Japan may have been sickened by the tainted food, including pizzas, croquettes and pancakes manufactured at the plant in Gunma prefecture, north of Tokyo.

Abe is suspected of lacing the food with poison four times in October, and malathion, the pesticide used, was found in his possessions, according to Kyodo News service. Other details were not immediately available.

Maruha Nichiro has announced executive pay cuts and said that President Toshio Kushiro and the president of the subsidiary were resigning in March to take responsibility for the food poisoning.

The Tokyo-based manufacturer has repeatedly apologized and bought full-page ads in major newspapers to apologize and warn people not to eat any of the possibly tainted food.

Malathion, used in farming and gardening, can cause death in high concentrations, according to the U.S. Centers for Disease Control.

No life-threatening illnesses from Maruha's products have been reported, but public trust in food safety has been badly shaken.

Late last year, a slew of top-notch hotels and department stores acknowledged the food they were serving or selling weren't what they were billed to be, but cheaper substitutes.