Former Secretary of State Hillary Rodham Clinton said steps President Barack Obama has taken to help the environment must be protected at all costs. Clinton spoke Monday at a dinner of the League of Conservation Voters in New York as she weighs another presidential... 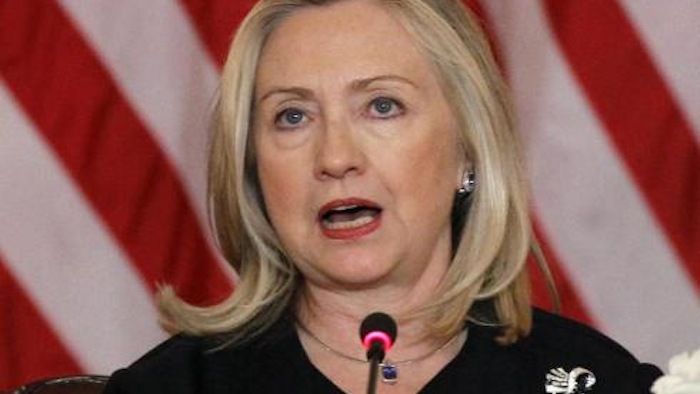 Former Secretary of State Hillary Rodham Clinton said steps President Barack Obama has taken to help the environment must be protected at all costs.

Clinton spoke Monday at a dinner of the League of Conservation Voters in New York as she weighs another presidential campaign.

She told the audience that this is an exciting time for environmental issues, and mentioned steps like the agreement the U.S. reached with China a few weeks ago over cutting emissions.

But she didn't make any reference to another high-profile issue, the Keystone XL pipeline. And before she attended the dinner, she was at a fundraiser for Democratic Sen. Mary Landrieu of Louisiana, who supports the project.

Landrieu, who trails Cassidy in public polls, has been a vocal supporter of her home state's oil and gas industry and unsuccessfully sought Senate approval of the Keystone XL pipeline, which is proposed to run from Canada to Nebraska, where it would connect with existing pipelines to carry more than 800,000 barrels of crude oil a day to refineries along the Texas Gulf Coast. It has been vigorously opposed by environmental groups, including the League of Conservation Voters. The two events were held on the same night as a televised Senate debate in Louisiana.

Clinton has declined to take a position on the pipeline, telling audiences in Canada earlier this year that it would not be appropriate for her to comment on it, given her previous role in Obama's administration.

The State Department has overseen a long-stalled review of the project. While environmentalists have opposed the plan, labor unions have backed it because of the potential economic benefits.