Maui County voters opted Tuesday to temporarily ban the cultivation of genetically engineered crops after a hard-fought campaign featuring $8 million in advertising from some of the world's largest corn-seed producers. The ban passed by a narrow margin, with 50 percent in favor and 48 percent... 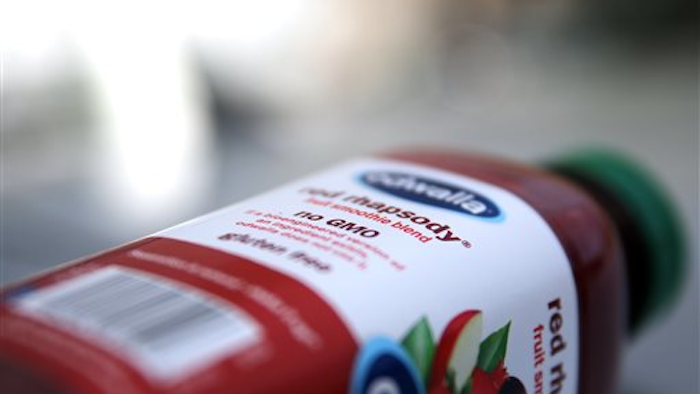 Maui County voters opted Tuesday to temporarily ban the cultivation of genetically engineered crops after a hard-fought campaign featuring $8 million in advertising from some of the world's largest corn-seed producers.

The ban passed by a narrow margin, with 50 percent in favor and 48 percent opposed. Blank votes accounted for the balance.

The moratorium would be in place until the county council reviews safety studies on growing the crops. The studies would be paid for by the seed companies but administered by the county.

Maui County is home to just 160,000 residents, but the moratorium could have effects across the nation because multinational seed producers Monsanto Co. and Dow Chemical research and develop new varieties there.

"People care passionately about the fact that we are ground zero for the manufacture of these seeds that are going around the world. And that we are a testing ground," said Mark Sheehan, a leader of the group that gathered signatures to put the measure on the ballot.

Opponents spent nearly $8 million on a massive advertising campaign to fight the measure. Monsanto spent $5.1 million and Dow AgroSciences, which is part of Dow Chemical, spent nearly $1.8 million, according to figures from the state Campaign Spending Commission, The Maui News reported.

The group formed to oppose the measure, the Citizens Committee Against the Maui County Initiative, issued a statement expressing disappointment.

"We are deeply concerned for the 600-plus workers and their families, local businesses, farmers, and taxpayers that will be negatively impacted by the passage of this scientifically unjustified, deeply flawed and irresponsible proposal," the statement said.

Monsanto has two farms in Maui County, on Maui and Molokai islands. Dow AgroSciences has a farm on Molokai through its Mycogen Seeds unit.

Both companies have operations elsewhere in other Hawaii counties, which should enable them to maintain some development work in the islands. But the cultivation of genetically engineered crops is under siege in other counties as well. Lawsuits challenging new laws regulating genetically engineered crops in Kauai and Hawaii counties are currently making their way through the courts.

The companies conduct part of their research in Hawaii because of the year-round warm weather on the islands, which allows them to grow more generations of crops and accelerate their development of new seed varieties.

There has been little scientific evidence to prove that foods grown from engineered seeds are less safe than their conventional counterparts. But fears persist in Hawaii and elsewhere.

The Sustainable Hawaiian Agriculture for the Keiki and the Aina Movement, or SHAKA Movement, held community meetings, waved at motorists and went door to door to campaign for the ban.

The ballot measure's opponents cast the proposal as anti-farming, and one TV spot featured a senior citizens club president warning of hundreds of job losses. Another ad showed a former county councilwoman discussing the financial burden the county would shoulder to enforce any moratorium.