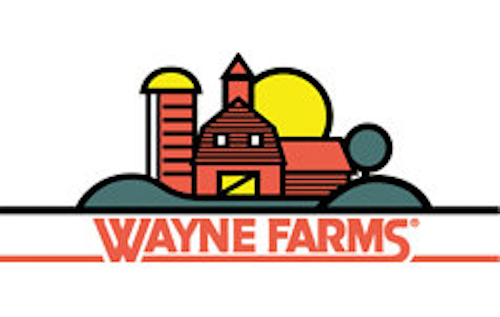 Wayne Farms LLC, which makes products under brand names Dutch Quality House and Platinum Harvest, has been cited by the U.S. Department of Labor's Occupational Safety and Health Administration for exposing workers to dangerous machinery, fall, and musculoskeletal disorder hazards. OSHA issued 11 citations to the poultry processing plant in Jack, including nine serious, one repeat and one other-than serious violation. The investigation was initiated after the agency received a complaint from the Southern Poverty Law Center. Proposed penalties total $102,600.

"OSHA found that workers in this plant were exposed to safety and musculoskeletal hazards and suffered serious injuries as a result. The outcome of this investigation deepened our concern about musculoskeletal hazards in poultry plants, where employees are at increased risk of developing carpal tunnel syndrome and other disorders that affect the nerves, muscles and tendons," said Assistant Secretary of Labor for Occupational Safety and HealthDr. David Michaels. "These types of injuries are preventable by implementing appropriate engineering and administrative controls in the workplace, and when they occur, they must be treated early with appropriate medical care to prevent the illness from progressing. However, in this plant, OSHA found workers were often required to seek assistance from the company's on-site nurse many times before they were referred to a physician."

On Aug. 1, the U.S. Departments of Agriculture and Labor mailed a joint letter to all poultry plants regarding their responsibility to prevent work-related musculoskeletal disorders.

"Our investigation revealed that employees suffered musculoskeletal injuries, and Wayne Farms failed to record those injuries and properly manage the medical treatment of injured employees at the facility," said Joseph Roesler, OSHA's area director in Mobile. "By failing to report injuries, failing to refer employees to physicians and discouraging employees from seeking medical treatment, Wayne Farms effectively concealed the extent to which these poultry plant workers were suffering work-related injuries and illnesses. And as a result, it reported an artificially lower injury and illness rate."

One repeat violation, with a penalty of $38,500, was cited for the employer's failure to protect workers from moving parts of a machine during servicing and maintenance work. In this instance, the employer lackedlockout/tagout procedures for maintaining a plastic strapping machine, something it failed to do following a previous OSHA inspection in February 2012 at the company's Enterprise, Alabama, facility. A repeat violation exists when an employer previously has been cited for the same or similar violation of a standard, regulation, rule or order at any facility in federal enforcement states within the last five years.

Seven serious violations, carrying penalties of $49,000, involve exposing workers to serious safety hazards, including unguarded machines, slippery floors, and fall hazards. In addition, OSHA issued two more serious general duty clause citations for musculoskeletal disorder hazards with penalties of $14,000. One general duty clause citation was issued for exposing employees on the debone line to hazards while performing prolonged, repetitive, forceful tasks, often while using awkward postures. OSHA issued the second general duty citation for exposing employees to the stressors of repetitive lifting and carrying of totes filled with chicken that can weigh in excess of 75 pounds. A serious violation occurs when there is substantial probability that death or serious physical harm could result from a hazard about which the employer knew or should have known.

Since 1994, OSHA has conducted 33 inspections at Wayne Farms facilities in Alabama, Georgia, and Mississippi. The most recent inspection at the Jack plant was conducted in June 2011 when the company was cited for record-keeping violations.

Under appropriate circumstances, OSHA uses the general duty clause (section 5(a)(1) of the Occupational Safety and Health Act of 1970) when it does not have a specific standard addressing a workplace hazard. Under this provision, an employer can be cited if it does not furnish each of its employees' employment and a place of employment free from recognized hazards that are causing or are likely to cause death or serious physical harm.

The company has 15 business days from receipt of the citations and proposed penalties to contest the findings before the independent Occupational Safety and Health Review Commission.

Under the OSH Act, employers are responsible for providing safe and healthful workplaces for their employees. OSHA's role is to assure these conditions for America's working men and women by setting and enforcing standards, and providing training, education and assistance. For more information, visit http://www.osha.gov.