The mayor of Sarnia says five people have been sent to the hospital after an explosion at an industrial plant in the southwestern Ontario city. Mayor Mike Bradley said the explosion occurred Saturday afternoon at the Veolia ES Canada Industrial Services Inc. plant. Bradley says one person was... 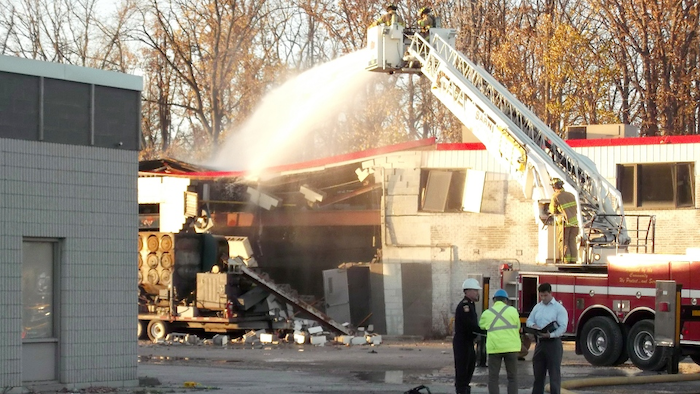 The mayor of Sarnia says five people have been sent to the hospital after an explosion at an industrial plant in the southwestern Ontario city.

Bradley says one person was critically injured in the blast, while three suffered serious injuries and one has minor injuries.

He says the fire has been extinguished and the situation is under control.

James MacDonald, a spokesman for air ambulance Ornge, says four patients with burns were rushed by paramedics to a local hospital.

Veolia, which provides industrial cleaning and maintenance services, could not be immediately reached for comment.

There's no word yet on what may have caused the blast.