The co-owner of a Northern California slaughterhouse accused of processing cows with cancer while U.S. livestock inspectors took lunch breaks has pleaded guilty to a federal criminal charge. Robert Singleton, who co-owns the Petaluma-based Rancho Feeding Corp., entered his plea ... 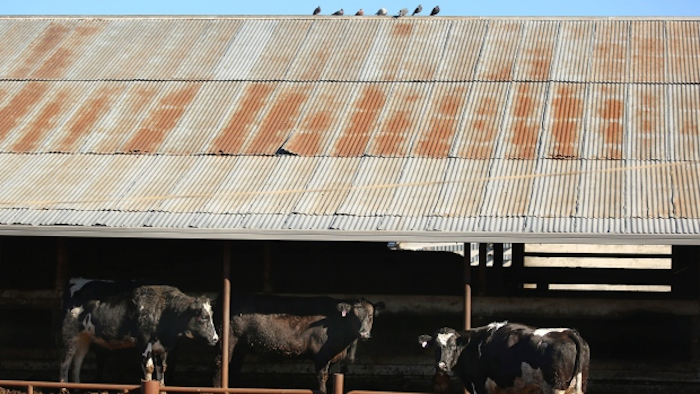 The co-owner of a Northern California slaughterhouse accused of processing cows with cancer while U.S. livestock inspectors took lunch breaks has pleaded guilty to a federal criminal charge.

Robert Singleton, who co-owns the Petaluma-based Rancho Feeding Corp., entered his plea Friday in a San Francisco courtroom to aiding and abetting in the distribution of adulterated, misbranded and uninspected meat, the San Francisco Chronicle (http://bit.ly/1tBwLBS ) reported.