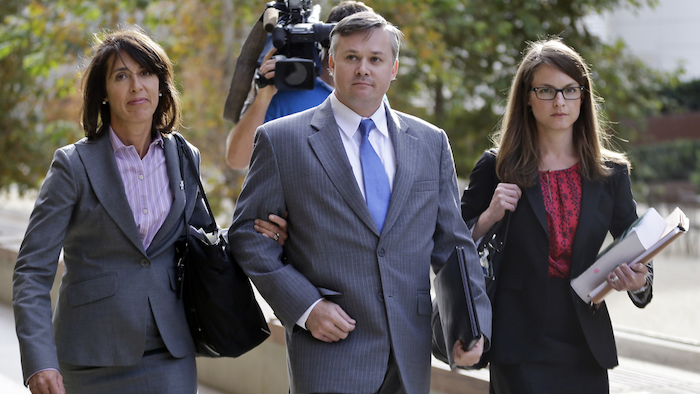 A former contractor for the Navy's Military Sealift Command pleaded guilty Tuesday to accepting bribes from two companies who were seeking government contracts.

The companies held contracts to provide information technology and communications services and support to Military Sealift Command. The Washington, D.C.-based command is the primary provider of ocean transportation for the Navy and the rest of the Defense Department. It operates about 110 ships around the world.

Miserendino, 55, was charged with acceptance of a bribe by a public official and a conspiracy to commit bribery of a public official. He was also originally charged with obstructing a criminal investigation. Prosecutors said in court documents that Miserendino conspired to pay off a co-founder at both companies who had previously bribed him not to report him to Navy authorities.

In total, Dwayne A. Hardman, 44, admitted in court documents that he received about $85,000 from Miserendino and his co-conspirators not to report the illegal activities. Those charges were dropped as part of his plea agreement.

Several others connected with the scheme have already pleaded guilty to related charges.

If we wish to improve the flexibility of our supply chains, we must understand all of the types of data we move through them.
Apr 16th, 2021