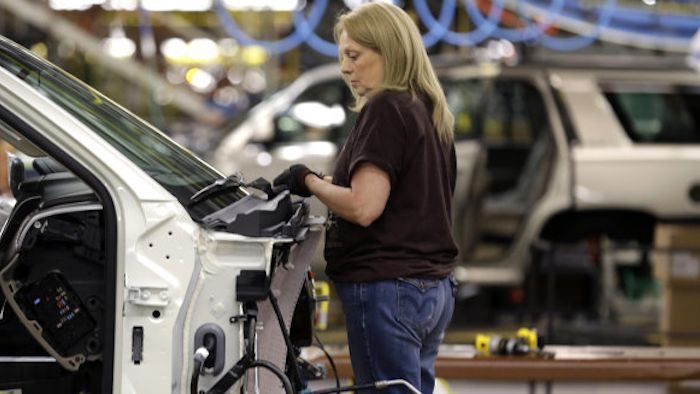 The company gave details of $783.5 million of the investments on Thursday and says the rest will be announced in the coming months.

The investments come as Detroit automakers prepare for contract talks with the United Auto Workers union that will start this summer, and as many automakers including GM are announcing plans to build or expand factories in lower-cost Mexico. GM, like the others, is walking a line between moving more production south of the border and of keeping the union happy with additional investments in the U.S.

GM says it will spend $520 million on equipment for future models at its Delta Township plant near Lansing, Michigan. The company's pre-production center in Warren, Michigan, near Detroit will get $139.5 million for a new body shop and metal stamping equipment. And the metal stamping plant in Pontiac, Michigan, will get $124 million.

Spokesman Bill Grotz wouldn't say if any of the remaining $4.6 million would go to expand GM's Arlington, Texas, plant that makes large SUVs. The plant is running flat-out to meet demand for vehicles such as the Chevrolet Tahoe, which has seen sales rise 33 percent so far this year. Low gas prices have added to a shift in the U.S. market from cars to SUVs.

The investment in the Delta Township, Michigan, factory, which now make GM's large crossover SUVs such as the Buick Enclave, Chevrolet Traverse and GMC Acadia, will go for equipment for unspecified new vehicles to be built there. Grotz wouldn't identify the vehicles or say if they are likely to be SUVs.

The money for GM's pre-production facility at its Warren, Michigan, technical center will help the company build higher-quality vehicles, Grotz said. The facility, which already combines production workers and product engineers to build early versions of new vehicles, will be able to do even more to spot problems early and fix them, Grotz said.

The Pontiac Metal Center investment will allow it to test dies that make body panels under regular production conditions, GM said in a statement. That will allow the company to make quality parts in a shorter amount of time.

"The common thread among our investments is the focus on product improvements that benefit customers," said Cathy Clegg, the company's vice president of manufacturing.

But in December, the company announced plans to invest $5 billion to modernize and expand its four factories in Mexico. In March, the company said it would spend $350 million on its Ramos Arzipe assembly plant so it can build the compact Chevrolet Cruze, which also is made at GM's factory in Lordstown, Ohio, east of Cleveland.

A worker in Mexico costs car companies an average of $8 an hour, including wages and benefits. That compares with $58 in the U.S. for General Motors in the U.S., according to the Center for Automotive Research, an industry think tank in Ann Arbor, Mich.