Tyson Hopes To Rid Chicken Of Antibiotics By 2017

The move comes as restaurants demand more natural produce and amid concerns that widespread antibiotic use can lead to drug-resistant germs. 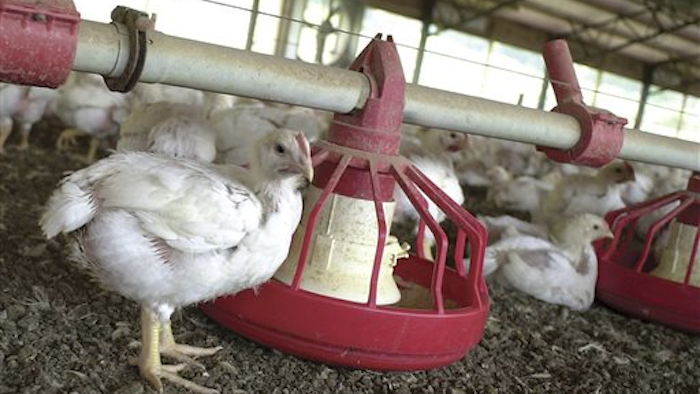 Tyson Foods says it wants to stop using human antibiotics in its U.S. chicken houses by September 2017 and that it will explore doing the same in its beef, pork and turkey operations.

The move comes as restaurants demand more natural produce and amid concerns that widespread antibiotic use can lead to drug-resistant germs.

McDonald's, for instance, said in March it wants suppliers to stop using human antibiotics in poultry within two years. Panera and Chipotle already say their chicken is antibiotic-free.

Tyson said in March it would work with McDonald's to meet the new requirements, plus begin looking at ways to reduce antibiotic use in cattle, hogs and turkeys.

The Arkansas-based company said it would also back research into disease prevention and antibiotic alternatives.