The case is being watched closely by Google, Facebook and other Internet companies concerned that class-action lawsuits under the Fair Credit Reporting Act could expose them to billions of dollars in damages. 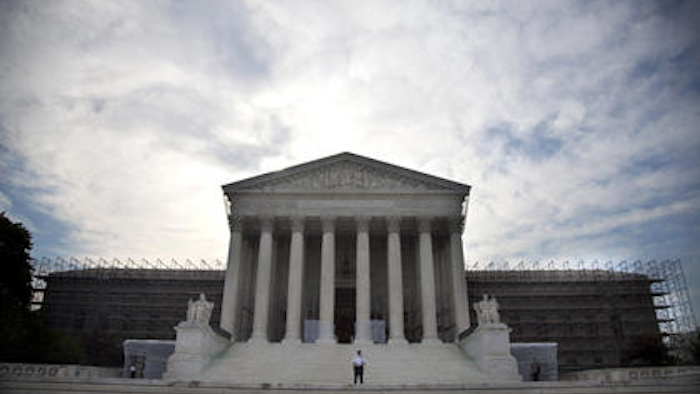 The Supreme Court said Monday it will decide whether Web sites and other firms that collect personal data can be sued for publishing inaccurate information even if the mistakes don't cause any actual harm.

The case is being watched closely by Google, Facebook and other Internet companies concerned that class-action lawsuits under the Fair Credit Reporting Act could expose them to billions of dollars in damages.

The justices will hear an appeal from Spokeo.com, an Internet search engine that compiles publicly available data on people and lets subscribers view the information, including address, age, marital status and economic health.

Thomas Robins, a Virginia resident, sued Spokeo after viewing a profile on him that was riddled with errors. It incorrectly stated his age, that he had a graduate degree, was employed and married with children. In fact, Robins was unemployed and looking for work. He claims the false information damaged his job prospects.

A federal district court said Robins had no right to sue because he hadn't suffered any actual harm from the errors. But the 9th U.S. Circuit Court of Appeals reversed, ruling it was enough that Spokeo had violated the Fair Credit Reporting Act.

The law was intended to keep credit reporting agencies from compiling inaccurate information that could jeopardize people's ability to get loans or pass job-related background checks.

Robins is pursuing a class action against Spokeo on behalf of thousands of other plaintiffs who also say the company published erroneous information about them. If a class is certified, the company could face damages of $1,000 per violation under the Fair Credit Reporting Act, which could add up to billions of dollars.

The Obama administration had urged the court not to take the case, arguing that consumers could sue over misleading data as long as it violated the law — regardless of whether they were harmed.