The proposed tightening of water supplies comes as state surveyors earlier this month found the lowest snow level in the Sierra Nevada snowpack in 65 years of record-keeping. 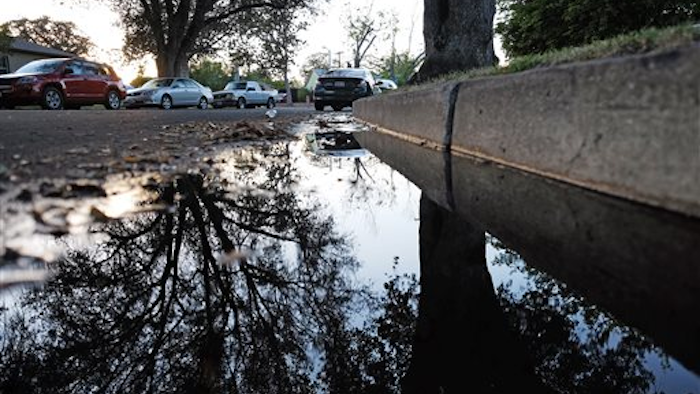 One of California's largest water providers is considering a proposal that would reduce the amount of water it delivers to more than two dozen cities and agencies serving 19 million people amid the lengthening drought.

A board committee of the Metropolitan Water District met Monday to mull a plan to cut regional water deliveries by 15 percent beginning this summer. The full board will vote Tuesday. The district serves parts of Los Angeles, Orange, San Diego, Riverside, San Bernardino and Ventura counties.

California is enduring a fourth year of parched conditions, prompting Gov. Jerry Brown earlier this month to call for a mandatory 25 percent cut in urban water use compared with 2013 levels.

To meet Brown's goal, the State Water Resources Control Board released draft reduction targets for more than 400 water agencies that must cut their water use by anywhere from 10 percent to 35 percent. The targets are based on per-capita water use.

The Metropolitan Water District says it has a proven record of aggressive water conservation. In documents for Monday's meeting, the district said that per capita water use in Southern California has declined by about 24 percent since 1990, even as the region's population grew by 5 million, and it has spent $750 million over 25 years on water use efficiency.

The district noted that the governor's order directs the State Water Resources Control Board to take such efforts into consideration in setting specific reduction goals.

The water district, which imports water from the Colorado River and Northern California to supplement local supplies, was most recently forced to slash water deliveries in 2009 and 2010.

Last year, the agency delivered 2.1 million acre-feet of water and will supply 300,000 acre-feet less this year under the proposal. An acre-foot is enough to cover a football field with a foot of water or meet the annual needs of about two households.

If cuts are approved by the full board on Tuesday, they would take effect in July. Cities that need more water would have to pay a penalty — up to four times the normal price — for extra deliveries.

During the last drought, water districts lived within their means and didn't end up purchasing expensive water.

The proposed tightening of water supplies comes as state surveyors earlier this month found the lowest snow level in the Sierra Nevada snowpack in 65 years of record-keeping.

Ongoing dry conditions have prompted the water district to dip into its reserves to meet demand. Regional reserves stand at about 1.2 million acre-feet, less than half of what was in storage at the end of 2012.