Coca-Cola began bottling its famous soft drink in Myanmar on Tuesday as part of a planned five-year, $200 million investment after having no local production for more than 60 years. The return of Coca Cola is emblematic of the opportunities U.S. companies see in Myanmar as it builds a free market economy after decades of military rule. 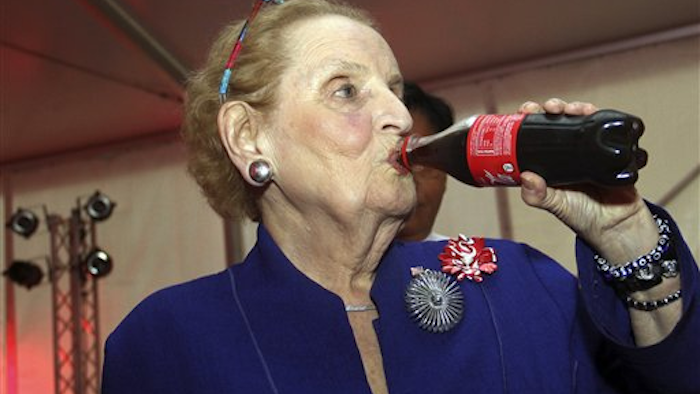 YANGON, Myanmar (AP) -- Coca-Cola began bottling its famous soft drink in Myanmar on Tuesday as part of a planned five-year, $200 million investment after having no local production for more than 60 years.

The company announced in a press release the ceremonial inauguration of its bottling plant in Hmawbi Township, a suburb of Yangon, the country's biggest city, with local partner Pinya Manufacturing Co.

The return of Coca Cola is emblematic of the opportunities U.S. companies see in Myanmar as it builds a free market economy after decades of military rule. The economy was socialized after a 1962 military coup, and most investment by U.S. companies was banned after Washington applied economic sanctions against the junta that took power in 1988 due to its repressive policies.

The announcement said the investment will help create more than 22,000 related jobs along the supply chain over five years.

"The capital investment will increase production capacity, grow logistics including sales and distribution operations, and improve marketing and people capabilities," the announcement said.

The company said that after the lifting of sanctions, it began importing its soft drinks last September and became "one of the first U.S. companies to be awarded an investment permit under Myanmar's new Foreign Investment Law."

"As we grow as a local business in Myanmar, we are committed to creating economic value and building sustainable communities," said Kent. "For the people of Myanmar, Coca-Cola embodies the optimism of a bright future, with the promise of better days and better lives ahead. We are privileged to be a part of their journey."

Coca-Cola severed its official business connections in Myanmar in 1988, after the military brutally put down a pro-democracy uprising. Rival Pepsi lingered on despite strong pressure to divest from U.S. human rights activists. In 1996, PepsiCo announced it was selling its 40 percent stake in its soft drink bottling venture in Myanmar because of a combination of business reasons and in response to public sentiment toward the regime. The year after, it halted supplies of its soft-drink syrup to its partner there. The partner then introduced its own local cola, Star Cola.

Both Coke and Pepsi continued to be available in Myanmar, imported independently from other countries in the region.

Tuesday's announcement said Coca-Cola and Sprite are currently being produced in 425ml plastic bottles with Myanmar-language labeling. It said local production of the company's classic 300ml glass bottle and aluminum cans is expected in the coming weeks, while the diet drink Coca-Cola Zero will be imported in cans.

The company has targeted more than 100,000 outlets across the country for the next six months, with added production from a second existing bottling plant.

The announcement added the Coca-Cola Foundation is working with Pact, a non-government organization, to implement Swan-Yi, "a three-year program to empower nearly 25,000 Myanmar women focusing on financial literacy, entrepreneurship and business management."