With a growing number of foods boasting added caffeine for an energy boost, the Food and Drug Administration says it's time to investigate their safety. The FDA's new look at added caffeine and its effects on children and adolescents is in response to a caffeinated gum introduced this week by Wrigley. 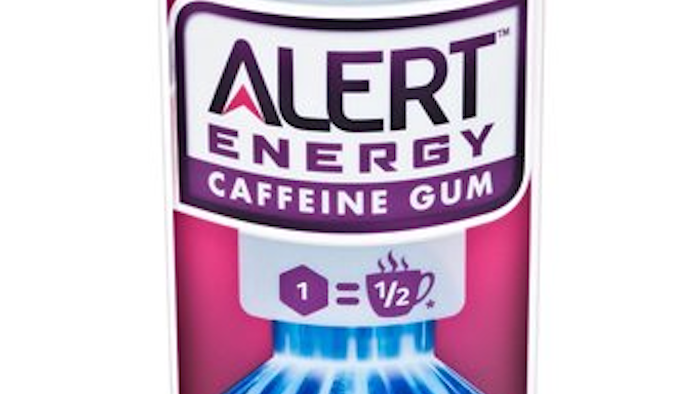 With a growing number of foods boasting added caffeine for an energy boost, the Food and Drug Administration says it's time to investigate their safety.

The FDA's new look at added caffeine and its effects on children and adolescents is in response to a caffeinated gum introduced this week by Wrigley. Called Alert Energy Gum, it promises "The right energy, right now." The agency is already investigating the safety of energy drinks and energy shots, prompted by consumer reports of illness and death.

Michael Taylor, FDA's deputy commissioner of foods, said Monday that the only time FDA explicitly approved the added use of caffeine in a food or drink was in the 1950s for colas. The current proliferation of caffeine added to foods is "beyond anything FDA envisioned," Taylor said.

"It is disturbing," Taylor said in an interview with The Associated Press. "We're concerned about whether they have been adequately evaluated."

Taylor said the agency will look at the potential impact these "new and easy sources" of caffeine will have on children's health and will take action if necessary. He said that he and other FDA officials have held meetings with some of the large food companies that have ventured into caffeinated products, including Mars Inc., of which Wrigley is a subsidiary.

Wrigley and other companies adding caffeine to their products have labeled them as for adult use only. A spokeswoman for Wrigley, Denise M. Young, said the gum is for "adults who are looking for foods with caffeine for energy" and each piece contains about 40 mg, or the equivalent amount found in half a cup of coffee. She said the company will work with FDA.

"Millions of Americans consume caffeine responsibly and in moderation as part of their daily routines," Young said.

Food manufacturers have added caffeine to candy, nuts and other snack foods in recent years. Jelly Belly "Extreme Sport Beans," for example, have 50 mg of caffeine in each 100-calorie pack, while Arma Energy Snx markets trail mix, chips and other products that have caffeine.

Critics say it's not enough for the companies to say they are marketing the products to adults when the caffeine is added to items like candy that are attractive to children. Major medical associations have warned that too much caffeine can be dangerous for children, who have less ability to process the stimulant than adults. The American Academy of Pediatrics says caffeine has been linked to harmful effects on young people's developing neurologic and cardiovascular systems.

"Could caffeinated macaroni and cheese or breakfast cereal be next?" said Michael Jacobson, director of the Center for Science in the Public Interest, which wrote the FDA a letter concerned about the number of foods with added caffeine last year. "One serving of any of these foods isn't likely to harm anyone. The concern is that it will be increasingly easy to consume caffeine throughout the day, sometimes unwittingly, as companies add caffeine to candies, nuts, snacks and other foods. "

Taylor said the agency would look at the added caffeine in its totality — while one product might not cause adverse effects, the increasing number of caffeinated products on the market, including drinks, could mean more adverse health effects for children.

Agency officials said then that the reports to the FDA from consumers, doctors and others don't necessarily prove that the drinks caused the deaths or injuries but said they were investigating each one. In February, FDA Commissioner Margaret Hamburg again stressed that reports to the agency of adverse events related to energy drinks did not necessarily suggest a causal effect.

FDA officials said they would take action if they could link the deaths to consumption of the energy drinks, including forcing the companies to take the products off the market.

In 2010, the agency forced manufacturers of alcoholic caffeinated beverages to cease production of those drinks. The agency said the combination of caffeine and alcohol could lead to a "wide-awake drunk" and has led to alcohol poisoning, car accidents and assaults.