The industry is threatening to pull a lucrative biannual trade show in Utah if the state doesn't change course on environmental issues. 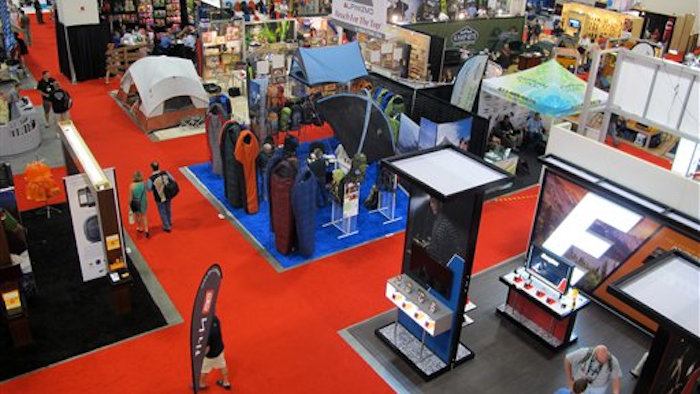 SALT LAKE CITY (AP) — The outdoor recreation industry is flexing its economic muscle — some $640 billion spent annually by Americans on gear, travel and services — to push for wilderness protection in Utah, threatening to pull a lucrative biannual trade show if the state doesn't change course on environmental issues.

The industry showed its resolve last week by giving Utah's governor an ultimatum: give up on a threat to take over federal land in the state or risk losing the outdoor gear show that draws thousands of visitors and injects more than $40 million yearly into the state economy.

Empty threat or not, the outdoor industry and related services represent a sizeable chunk of Utah's income — roughly $4 billion a year, or 5 percent of the state's gross product.

And it's not the first time the 4,000-member-strong Outdoor Industry Association has threatened to take its business elsewhere.

In 2003, the group threatened to pull the shows unless then-Gov. Mike Leavitt curbed an effort to seize control of dirt roads across national parks, national monuments and wilderness areas. Leavitt conceded and the shows stayed.

The group has had more cordial relationships with previous governors than with current Gov. Gary Herbert, who is a staunch supporter of mining, oil and gas development, said Tim Chambless, a political science professor at University of Utah.

The outdoor industry's latest threat has set the stage for a showdown of political will.

"There has been an ongoing tension between preservation and development," Chambless said.

Herbert is vowing to help keep the shows in Utah and work through the political differences.

But he complained his position on public lands has been misconstrued, noting the state wouldn't touch Utah's five national parks, several of its national monuments and 33 wilderness areas.

At issue is legislation signed by Herbert in March that demands the federal government relinquish control of public lands in Utah by 2014, which sets up a potential legal battle over millions of acres in the state. The governor has been warned by his own attorneys that the push will likely be found unconstitutional.

Organizers of the Outdoor Retailer show, which wrapped up its summer expo Sunday, say if Herbert doesn't change course, they're looking at moving to Denver or Las Vegas, though none of those locations have the outdoor amenities that Salt Lake City has as the group seeks space to expand.

"We are in discussions with them. It's a piece of business we're certainly interested in," Visit Denver spokesman Richard Grant said.

Las Vegas also is eager to lure the show to town.

"We are always happy to meet with groups that are considering moving their event," said Jeremy Handel, a spokesman for the Las Vegas Convention and Visitors Authority.

"I think we're staying or going to Vegas. Denver would be another good option if they expand their convention center — they're essentially the same size as Salt Lake," said Kenji Haroutunian, the Nielsen Expositions executive in charge of the shows, where manufacturers take orders from retailers around the world. "We need to be making this decision by the end of this year."

The summer and winter trade shows, which have been in Utah since 1996, can make or break some Salt Lake City businesses.

"For me, this is 20 times more business," said Pam O'Mara, who runs a coffee shop near the Salt Palace Convention Center where the events are held. "It's amazing when they're here."

"It's a big chunk of our year. It would be a huge loss if they decide to go elsewhere," he said.

While Frank Hugelmeyer, the outdoor association's president and CEO, won't say how serious the group is about leaving, he insists Utah is failing to recognize the economic impacts of protecting public lands for recreation.

"They're stuck in the Eisenhower era," Hugelmeyer said.

Herbert and some Republican leaders contend the state can better manage federal lands in Utah, which amount to some 28 million acres or about 50 percent of the state. Opponents, however, say the move is not only unconstitutional but bad public policy. If implemented, they say, it could eliminate important protections for wildlife refuges, forests and other sensitive areas.

While the Utah law exempts national parks, military installations, Native American reservations and congressionally approved wilderness areas, it would lay claim to the 1.9-million-acre Grand Staircase-Escalante National Monument, which President Bill Clinton designated in 1996. Since then, state officials and residents of the rural area, which is dominated by red rock landscapes, have waged an endless battle with federal authorities over land use.

Outdoor recreation "is such a big business, and they haven't recognized the change," Hugelmeyer said of Utah's land policies. "The governor talks about balance. He's got a clear energy vision — what's his vision for outdoor recreation? His energy platform is expanding into recreation areas."