The Association for Unmanned Vehicle Systems International said the recommendations for "safe, non-intrusive operation" are meant to reassure a leery public. 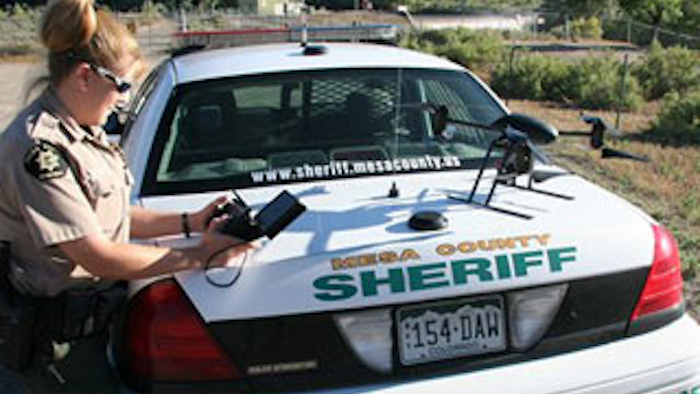 PITTSBURGH (AP) — A trade group for drone aircraft manufacturers and operators has released the industry's first code of conduct in response to growing privacy concerns.

The Association for Unmanned Vehicle Systems International said Monday that the recommendations for "safe, non-intrusive operation" are meant to guide operators and reassure a public leery of the possibility of spy drones flying undetected over their homes.

"We understand as an industry that we've got a public relations problem," said Paul McDuffee, a director of the association who helped draft the recommendations.

Drones, small airplanes or helicopters operated remotely by pilots from the ground, can be equipped with sophisticated cameras and even weapons. They have been used to spy on and hunt down al-Qaida terrorists in Pakistan, but the rapidly declining size and cost of them has prompted fears that thousands could be operating in the U.S. within a decade, with little effective oversight. Some of the drones weigh just a few pounds and can fit in a person's hands.

Citizens, civil liberties groups and politicians have voiced worries that the small aircraft raise the specter of a "surveillance society." Currently there are only about 300 authorized federal permits to operate such aircraft, along with an unknown number of unlicensed amateurs, who are supposed to keep their aircraft within sight.

The new recommendations by the association, a non-profit based in Arlington, Va., that has members in more than 60 countries, pledge to "respect the privacy of individuals" and the concerns of the public and to follow all federal, state and local laws. They also pledge to ensure that remote drone pilots are properly trained and to respect "other users of the airspace."

The language on privacy is good, but it's not enough, American Civil Liberties Union lobbyist Chris Calabrese said.

"I think it's really important that they're paying attention to privacy. That's to their credit," Calabrese said. "But I can't imagine they expect this to quell privacy concerns."

Calabrese added that ultimately even well-meaning guidelines from a private group aren't legally binding on public and private organizations around the country.

"I think Congress needs to step in. This is new technology. It's potentially incredibly invasive," he said. "People are profoundly discomforted by the idea of drones monitoring them."

A county sheriff's office in Texas used a homeland security grant to buy a $300,000, 50-pound ShadowHawk helicopter drone for its SWAT team. Randy McDaniel, chief deputy with the Montgomery County Sheriff's Office, said earlier this year his office had no plans to arm the drone, but he left open the possibility the agency might decide to adapt it to fire tear gas canisters and rubber bullets.

McDuffee, who works for Insitu, a Boeing Co. subsidiary that designs and builds drones, called the wide range of drone aircraft "the next latest and greatest thing in aviation," noting that there's interest from law enforcement, first responders, scientists and private industry, such as farmers who want to monitor or spray crops. The permits are issued by the Federal Aviation Administration, which is working on new rules that will greatly expand legal uses.

The drone market is expected to nearly double over the next 10 years, from current worldwide expenditures of nearly $6 billion annually to more than $11 billion, with police departments accounting for a significant part of that growth.

Earlier this year, Congress, under pressure from the U.S. Department of Defense and drone manufacturers, ordered the FAA to give drones greater access to civilian airspace by 2015. The mandate, besides applying to military drones, applies to drones operated by private companies and government agencies, including federal, state and local law enforcement.

But privacy concerns have already prompted members of Congress to introduce bills to prohibit any government agency from using a drone to "gather evidence or other information pertaining to criminal conduct or conduct in violation of a regulation" without a warrant.

McDuffee said there are many uses for drones that wouldn't generate controversy. For example, scientists have used drones to monitor airborne pollution levels and numbers of sea lions in the Arctic and to monitor hurricanes.

"They go in places where you would never consider risking a human life," he said.

He added that drones also could be used to create temporary communications networks after natural disasters, if regular service went out.

"They're almost like miniature satellites," McDuffee said. "That's the beauty of these systems."